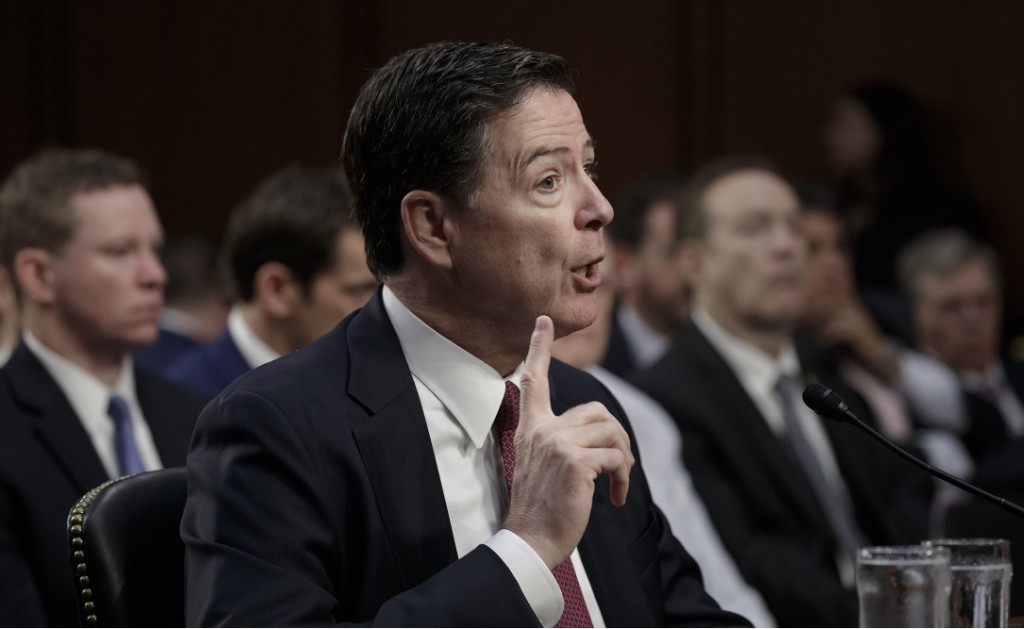 Former head of the FBI James Comey, a self-declared ‘longtime Republican’, did us a favor today, he showed us definitively what side of the fence he’s on. Comey took to Twitter and urged all of America to ‘vote Democrat’ this November to ‘overthrow Donald Trump’.

FROM HUFF POST: Former FBI director and longtime Republican James Comey has urged Americans to vote for Democrats in November. “This Republican Congress has proven incapable of fulfilling the Founders’ design that ‘Ambition must … counteract ambition,’” Comey tweeted on Tuesday, quoting The Federalist Papers. “All who believe in this country’s values must vote for Democrats this fall. History has its eyes on us,” he concluded. Comey’s tweet comes as tensions continue to boil over in Washington following President Donald Trump’s recent remarks in Helsinki, where he met Monday with Russian leader Vladimir Putin. During an extraordinary press briefing after the meeting, the president repeatedly rejected the conclusions of U.S. intelligence agencies, refusing to condemn Russia for interfering in the 2016 American election. READ MORE

This Republican Congress has proven incapable of fulfilling the Founders’ design that “Ambition must … counteract ambition.” All who believe in this country’s values must vote for Democrats this fall. Policy differences don’t matter right now. History has its eyes on us.

When James Comey investigated Hillary Clinton over her illegal email server and illegal use of private email address for government business, Comey concluded that Hillary’s actions were ‘extremely careless’ and ‘especially concerning’. Not only that, Comey concluded that her illegal email server gave access to ‘hostile actors’ from foreign countries. Yet, in spite of overwhelming evidence to indict her, James Comey astonishingly concludes with ‘no reasonable prosecutor would bring a case against Hillary Clinton for emails’.

Even though Hillary and company destroyed evidence and refused to turn over their illegal email server, Comey still found overwhelming evidence of her guilt, and despite all that, he let her walk free. That’s because he was ‘overwhelmingly convinced’ that Hillary Clinton would be the next president of the United States. So convinced, in fact, that he reopened the investigation so that when she became president it would look like he had done everything to seek out the truth.

But what he never and the entire fake news media expected was a massive Trump victory, which completely derailed the detailed plans for a Clinton coronation. What has followed has been a complete and total breakdown of Liberals across the board.

James Comey came out of the closet today and decided to stop pretending and living a double life. James Comey, Democrat, out and proud.