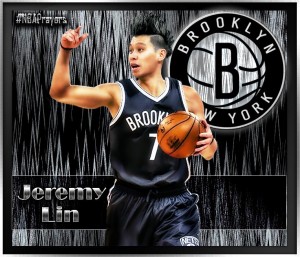 (Christian Post) – Jeremy Lin is ready for the Brooklyn Nets to experience a revival. In the first email written to his digital prayer group in months, the Nets point guard is including prayers for his new team’s spiritual transformation.

“Please pray for this upcoming season. Not only that we would play well and far exceed expectations (which let’s just be honest, aren’t very high right now lol), but that there would be revival on our team,” Lin wrote. “I’m hoping my teammates come to Christ, that lives are transformed and that we experience God’s power on AND off the court this season.”

The point guard also requested that people pray for his team’s chemistry. “Prayer that our team would gel quickly in terms of building friendships and learning how to play with each other well on the court,” he wrote. “With many new players, many young players and a new coaching staff, we are all trying to figure things out on the fly due to lack of continuity from last year.”

Lin’s own spiritual life has also been transformed by making a conscious decision to pray out loud. “Recently, I’ve committed to praying out loud (helps with my concentration during prayer) for 30 minutes a day and I’m thankful that my prayer life has taken a big jump forward,” Lin shared with the group. “I enjoy praying for others more, prayer has become more natural and I feel closer to God through prayer.”

The new addition to the Brooklyn Nets addressed the Oct. 14 email to his “prayer warriors,” admitting that his move from North Carolina to New York City has gotten in the way of him sending consistent prayer requests.

Lin gave people a glimpse of what has been going on in his life since his last email, including the birth of his nephew and a trip to Asia. Now that the point guard has signed on with the Brooklyn Nets, he is glorifying God for the opportunity.

“Praise God for a chance to be healthy and play for the Brooklyn Nets. I’ve had a ton of fun being back in a position of leadership as the starting point guard of this team,” Lin wrote. “It’s natural to me to be a leader and I feel most comfortable in this position, so I’m extremely thankful for the chance to lead this team alongside Brook and coach Kenny.”

Aside from mentioning his team, Lin called for people to pray for social justice issues, the presidential campaign and a cancer stricken young girl named Ava Lee whom he previously featured on social media.

Lin said he decided to start his prayer group in 2014 after a number of his supporters inquired about ways they could intercede on his behalf.

“The journey I’ve been on has had its ups and downs and I appreciate all of your support throughout. Some of you have asked how to pray for me so I decided to start a prayer group where I can send out requests for those that want to pray and support,” Lin previously wrote on his website. “Please feel free to share with others you think would be interested. So much of what happens is out of our control, but prayer has been a place I have consistently found peace with God.”