Jim Caviezel: New ‘Passion of the Christ’ to be ‘biggest film in history’ 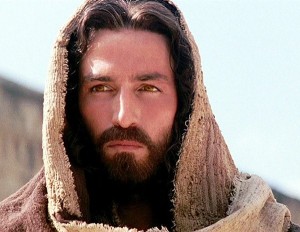 Caption: Actor Jim Caviezel portraying Jesus in “The Passion of the Christ.”

Jim Caviezel, who stunned the world with his portrayal of Jesus in the 2004 blockbuster “The Passion of the Christ,” is now confirming he’s on board with director Mel Gibson for a sequel and predicts it will be “the biggest film in history.”

“There are things that I cannot say that will shock the audience,” the 49-year-old actor told USA Today. “It’s great. Stay tuned.”

Both Gibson and Caviezel have not said much about the story focusing on the resurrection of Christ, but the star indicated he’s encouraged by the direction the project is taking. “I won’t tell you how he’s going to go about it,” Caviezel said of Gibson. “But I’ll tell you this much, the film he’s going to do is going to be the biggest film in history. It’s that good.”

The original “Passion of the Christ” followed the last 12 hours of Christ’s life. The movie brought in more than $611 million worldwide on a $30 million budget and remains the highest-grossing R-rated film ever in North America with $370.8 million.

In 2016, Gibson spoke with USA Today about his plans for the sequel. “The Resurrection. Big subject.” Gibson said. “We’re trying to craft this in a way that’s cinematically compelling and enlightening so that it shines new light, if possible, without creating some weird thing.”

“Warriors like Saint Paul and Saint Luke who risked their names, their reputations to take their faith, their love for Jesus into the world. “God is calling each one of us, each one of you to do great things but how often we fail to respond, dismissing it as some mental blurp. It’s time for our generation, now, to accept that call, the call of God urging all of us to give ourselves entirely to Him.”

“Set yourselves apart from this corrupt generation,” the actor continued. “Be saints. You weren’t made to fit in. You were born to stand out.” “We must shake off this indifference, this destructive tolerance of evil. But only our faith and the wisdom of Christ can save us,” he said. “But it requires warriors, ready to risk their reputations, their names, even our very lives, to stand for the truth.”

“By God, we must live,” Caviezel concluded, “and with the Holy Spirit as your shield and Christ as your sword, may you join St. Michael and all the angels in sending Lucifer and his henchmen straight right back to hell where they belong!”