Aging with the Oldies 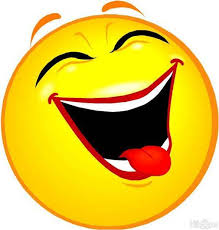 2. The Bee Gees– How Can You Mend a Broken Hip

4. Ringo Starr– I Get By With a Little Help From Depends

5. Roberta Flack– The First Time Ever I Forgot Your Face

8. Commodores — Once, Twice, Three Times to the Bathroom

9. Marvin Gaye — Heard it Through the Grape Nuts

12. The Temptations– Papa’s Got a Kidney Stone

14. Tony Orlando– Knock 3 Times On The Ceiling If You Hear Me Fall

16. Willie Nelson– On the Throne Again

17. Leslie Gore– It’s My Procedure and I’ll Cry if I Want To

A motorist was about two hours from San Diego when he was flagged down by a man whose truck had broken down. The man walked up to the car and asked, “Are you going to San Diego?” “Sure am,” answered the man, “Do you need a lift?” “Not for me. I’ll be spending the next three hours fixing my truck. My problem is I’ve got two chimpanzees in the back that have to be taken to the San Diego Zoo. They’re a bit stressed already so I don’t want to keep them on the road all day. Could you possibly take them to the zoo for me? I’ll give you $100 for your trouble.”

“I’d be happy to,” said the motorist. So the two chimpanzees were ushered into the back seat of the man’s car and carefully strapped into their seat belts, and off they went. Five hours later, the truck driver was driving through the heart of San Diego when suddenly he was horrified! There was the motorist walking down the street, holding hands with the two chimps, much to the amusement of the big crowd. With a screech of brakes he pulled off the road and ran over to the man. “What are you doing here?” he demanded, “I gave you $100 to take these chimpanzees to the zoo!” “Yes, I know you did,” said the man. “But we had money left over so now we’re going to Sea World.”

While I was preaching in a church in Mississippi, the pastor announced that their prison choir would be singing the following evening. I wasn’t aware there was a prison in the vicinity and I looked forward to hearing them. The next evening, I was puzzled when members of the church approached the stage. Then the pastor introduced them. “This is our prison choir,” he said, “behind a few bars and always looking for the key.”

A waiter brings the customer the steak he ordered, with his thumb squarely on top of the meat. “Are you crazy?” yells the customer. “Don’t bring my meal with your hand on my steak!” “What,” says the waiter, “you want it to fall on the floor again?”

I asked a friend of mine by phone what he was doing. He told me he was working on “aqua-thermal treatment of ceramics, aluminum, and steel under a constrained environment.” I was impressed. In further conversation, I learned that he was “washing dishes with hot water under his wife’s supervision.”

A juggler, driving to his next performance, is stopped by a policeman. “What are those machetes doing in your car?” asks the cop. “I juggle them in my act.” “Oh, yeah?” says the doubtful cop. “Let’s see you do it.” The juggler gets out and starts tossing and catching the knives. Another man driving by slows down to watch. “Wow” says the passer-by. “I’m glad I quit drinking. Look at the test they’re giving now!

“After a worship service at First Baptist Church in Providence, Rhode Island a mother with a fidgety seven-year-old boy told me how she finally got her son to sit still and be quiet. About halfway through the sermon, she leaned over and whispered, “If you don’t be quiet, the Pastor is going to lose his place and will have to start his sermon all over again!”

When Sarah was in kindergarten, her school celebrated Drug Free week with a parade, local celebrity speakers, a rally and drug awareness activities throughout the week. When I picked her up from school after the parade, I asked her what she learned about drugs that day. Her response made me laugh out loud. She said, “Drugs are free at my school!” Needless to say, we had many conversations after that about the arrangement of the words!

One night I was tucking my 4-year-old daughter in to bed and I told her a nightly Bible story. This night it was the story of the prodigal son. We discussed how he had taken his inheritance early, left and spent it all on living it up and partying until he had no money left and had to work on a pig farm where he couldn’t even afford to eat what the pigs ate! He remembered his father and went back home to ask for a job and forgiveness. His father welcomed him home with much joy! After we finished the story I asked my daughter what she learned and she immediately said, “Never leave home without your credit card!”

A sweet grandmother telephoned St. Joseph’s Hospital. She timidly asked, “Is it possible to speak to someone who can tell me how a patient is doing?” The operator said, “I’ll be glad to help, dear. What’s the name and room number of the patient?” The grandmother, in her weak, tremulous voice, said, “Norma Findlay, Room 302.” The operator replied, “Let me put you on hold while I check with the nurse’s station for that room.” After a few minutes, the operator returned to the phone and said, “I have good news. Her nurse just told me that Norma is doing well. Her blood pressure is fine; her blood work just came back normal and her physician, Dr. Cohen, has scheduled her to be discharged tomorrow.” The grandmother said, “Thank you. That’s wonderful. I was so worried. God bless you for the good news.” The operator replied, “You’re more than welcome. Is Norma your daughter?” The grandmother said, “No, I’m Norma Findlay in Room 302. No one tells me anything!”

A little old lady goes to the doctor and says, “Doctor, I have this problem with gas, but it really doesn’t bother me too much. They never smell and are always silent. As a matter of fact I’ve passed gas at least 20 times since I’ve been here in your office. You didn’t know I was passing gas because they don’t smell and are silent.” The doctor says, “I see. Take these pills and come back to see me next week.” The next week the lady goes back. “Doctor,” she says, “I don’t know WHAT you gave me, but now when I pass gas although still silent they stink terribly.” “Good,” the doctor said, “now that we’ve cleared up your sinuses, let’s work on your hearing.”

A woman and her husband interrupted their vacation to go to the dentist. “I want a tooth pulled, and I don’t want any pain killers because I’m in a big hurry,” the woman said. “Just extract the tooth as quickly as possible, and we’ll be on our way.” The dentist was quite impressed. “You’re certainly a courageous woman,” he said. “Which tooth is it?”

The woman turned to her husband and said, “Show him your tooth, dear.”

A man scolded his son for being so unruly and the child rebelled against his father. He got some of his clothes, his teddy bear and his piggy bank and proudly announced, “I’m running away from home!” The father calmly decided to look at the matter logically. “What if you get hungry?” he asked. “Then I’ll come home and eat!,” bravely declared the child. “And what if you run out of money?” “I will come home and get some!” readily replied the child. The man then made a final attempt, “What if your clothes get dirty?” “Then I’ll come home and let mommy wash them,” was the reply. The man shook his head and exclaimed, “This kid is not running away from home; he’s going off to college.”

ADVICE FROM AN OLD FARMER: Part 1