Journalist Murdered by IS Was a Man of Faith 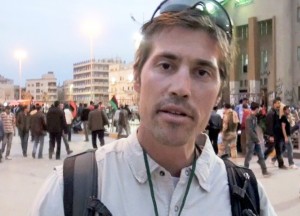 Friends, family and country are mourning the loss of freelance war correspondent James Foley, who was beheaded August 19th by the Muslim terrorist group Islamic State (IS) in retaliation for U.S. airstrikes. Foley was kidnapped in Syria in 2012. Before that, Foley had been captured in Libya in April 2011. He lived out his vocation tirelessly working to expose the world to the sufferings of the oppressed.

Friends and family describe Foley as a man of faith. At a press conference yesterday, his parents spoke of their faith as well as their pride in their son. “We thank God for the gift of Jim. We are so, so proud of him,” said his mother, Diane Foley.

His father, John Foley, said, “It’s not difficult to find solace in this point in time…We know he is in God’s hands, and we know he’s done God’s work.” He added, “We need the courage and prayers now to continue without him.”

According to the Women of Grace blog, during his detainment in Libya, Foley wrote a letter to his alma mater, Marquette University, in which he talked of his prayer life. Foley mentioned how his prayers gave him strength and helped his mind focus during his imprisonment. He went on to mention the prayers he and his fellow captives prayed, “together out loud. It felt energizing to speak our weaknesses and hopes together, as if in a conversation with God, rather than silently and alone.”