ChristianMingle can no longer limit searches to heterosexual relationships

Conservatives denounced the decision as a violation of religious liberty and an unnecessary interference in private business.

“Early on in their quest to legalize homosexual marriage, advocates assured us that it would not infringe on the rights of others, especially people of faith,” Carrie Gordon Earll, vice president of public policy at Focus on the Family, said. “From dating sites and adoption agencies to small businesses, it’s clear today that people of faith are being forced to compromise or risk financial ruin.” 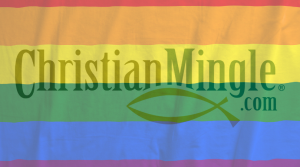 In 2013, two gay men filed a lawsuit against ChristianMingle because users can only search for potential partners of the opposite sex. The men claimed the dating site violated California’s anti-discrimination laws by making it impossible for LGBTQ people to use the company’s services.

Known as the Unruh Civil Rights Act, the California law says: “All persons within the jurisdiction of this state are free and equal, and no matter what their … sexual orientation are entitled to the full and equal accommodations, advantages, facilities, privileges, or services in all business establishments of every kind.”

The men claimed the company “has engaged in a systematic and intentional pattern and practice of arbitrary discrimination against gays and lesbians throughout California by denying them full and equal services.”

Now, instead of asking whether someone is a “woman seeking a man” or a “man seeking a woman,” the matchmaking service can only ask if users are male or female. The lawsuit doesn’t just impact ChristianMingle, but other-faith based matchmaking websites run by Spark Networks, including LDSSingles, for Mormons, and CatholicMingle.

“Like all other companies, we must abide by the laws that govern our state and nation,” said Spark CEO Michael Egan. “There is no greater agenda at hand here at ChristianMingle than uniting Christian men and women for the sake of finding happy and healthy lifelong relationships.”

But many church leaders consider the ruling an infringement on religious liberty.

“Whether it be bakers, or florists, or—in this case—dating site operators, the real goal here is to force anyone who believes in marriage as the union of one man and one woman out of our public square altogether,” said Joseph Grabowski, director of communications for the National Organization for Marriage.

Others argued the issue was more about the rights of businesses than LGBTQ inclusion.

“ChristianMingle does not have a monopoly on the dating website market,” wrote Christine Russell for the conservative news outlet Townhall. “ChristianMingle is based on Christian beliefs, and a good number of denominations consider homosexual acts to be sinful. It seems rather petty to force a company to change their beliefs rather than simply find (or, heck, start) an alternative dating site.”

Gay rights activists cheered the decision, but some sided with Christian Mingle on the basis of protecting business rights.

“Every atheist, every liberal, and every business owner needs to fight for ChristianMingle’s rights to offer the products or services they choose, even if we disagree with their practices or philosophy behind it all,” wrote David Smalley, a pro-gay atheist blogger for Patheos. “There are plenty of gay dating websites. … So guess what … I don’t go there. I’m not taking a gay dating website to court, forcing them to allow a straight option. But this ruling sets that precedent.”

“Those who are active, committed Christians who believe in biblical values need to be cautious in using sites like ChristianMingle and not assume that others on the site share their values,” cautioned Peter Sprigg, senior fellow at the Family Research Council.