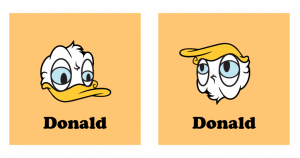 Rules for a Diet

NOTE: Chocolate is a universal substitute and may be used in place of any other food.

This way to Heaven

A little boy was waiting on his mother to come out of a store. As he waited, he was approached by a man who asked, “Son, can you tell me where the post office is?” The little boy replied, “Sure, just go straight down the street a couple of blocks and turn to your right.” The man thanked the boy kindly and said, “I’m the new preacher in town and I’d like for you to come to church on Sunday. I’ll show you how to get to Heaven.” The little boy replied with a chuckle, “Awww, come on; you don’t even know the way to the post office!”

The story is told of an old man who lived on a farm in the mountains of eastern Kentucky with his young grandson. Each morning, Grandpa was up early sitting at the kitchen table reading from his old worn-out Bible. His grandson, who wanted to be just like him, tried to imitate him in any way he could. One day the grandson asked, “Papa, I try to read the Bible just like you but I don’t understand it, and what I do understand I forget as soon as I close the book.  What good does reading the Bible do?”  The Grandfather quietly turned from putting coal in the stove and said, “Take this coal basket down to the river and bring back a basket of water.”  The boy did as he was told, even though all the water leaked out before he could get back to the house. The grandfather laughed and said, “You will have to move a little faster next time,” and sent him back to the river with the basket to try again. This time the boy ran faster, but again the basket was empty before he returned home. Out of breath, he told his grandfather that it was “impossible to carry water in a basket,” and he went to get a bucket instead. The old man said, “I don’t want a bucket of water; I want a basket of water. You can do this. You’re just not trying hard enough,” and he went out the door to watch the boy try again. At this point, the boy knew it was impossible, but he wanted to show his grandfather that even if he ran as fast as he could, the water would leak out before he got far at all. The boy scooped the water and ran hard, but when he reached his grandfather the basket was again empty.  Out of breath, he said, “See Papa, it’s useless!” “So you think it is useless?” the old man said.  “Look at the basket.” The boy looked at the basket and for the first time he realized that the basket looked different. Instead of a dirty old coal basket, it was clean. “Son, that’s what happens when you read the Bible. “You might not understand or remember everything, but when you read it, it will change you from the inside out.”

Years ago, I was a big city boy preaching in a small country town. I wanted to learn everything “country” so that I could fit in. As I was searching for Widow Jones’ farm, I got lost on the back roads. I saw a farmer walking into his barn so I stopped for directions. He was just beginning to milk his cow but took time out to tell me how to get to the Jones farm. “By the way, ” I asked, “Do you know what time it is?” He leaned in to the udder of the cow and said, “12:30.” I started to leave but I just HAD to know. I told him, “Hey, I’ve just moved from the city and I really want to know the ways of the country. How could you tell what time it was?” “Sit right here on this stool, son.” I did.

“Now, grab hold of that udder.” I did. (Before this, my closest experience to this was grabbing a milk carton).

“Now lean into the cow and lift up on the udder.” I did. “Lean over and look right over there on that wall. See that’s a clock. When the little hand is on the 12…”

“Sally, can you spell ‘water’ for me?” The teacher asked. “H I J K L M N 0,” answered Sally promptly. Her teacher look puzzled. “That doesn’t spell “water.” “Sure it does,” said Sally. “My daddy’s a scientist and he says water is H to O.”

This is how it goes…I decide to do the laundry, start down the hall and notice the newspaper on the table. Okay, I’m going to do the laundry…BUT FIRST I’m going to read the newspaper. After that, I notice the mail on the table. OK, I’ll just put the newspaper in the recycle stack….BUT FIRST I’ll look through the pile of mail and see if there are any bills to be paid. Yes. Now where is the checkbook? Oops…there’s the empty glass from yesterday on the coffee table. I’m going to look for that checkbook…BUT FIRST I need to put the glass in the sink. I head for the kitchen, look out the window, notice my poor flowers need a drink of water. I put the glass in the sink and there’s the remote for the TV on the kitchen counter. What’s it doing here? I’ll just put it away….BUT FIRST I need to water those plants. I head for the door and…Aaaagh! Stepped on the cat! Oh yeah, cat needs to be fed. Okay, I’ll put the remote away and water the plants….BUT FIRST I need to feed the cat. END OF DAY: Laundry is not done, newspapers are still on the floor, glass is still in the sink, bills are not paid, checkbook is still lost, and the cat ate the remote control…And, when I try to figure out how come nothing got done today, I’m baffled because…I KNOW I WAS BUSY ALL DAY. I realize this condition is serious…I’ve got to get help. BUT FIRST…I think I’ll check my email…

My youngest son asked me how old I was. I answered, “39 and holding.” He thought for a moment and then asked, “And how old would you be if you let go?”

Patient: It’s been one month since my last visit and I still feel miserable. Doctor: Did you follow the instructions on the medicine I gave you? Patient: I sure did. The bottle said “keep tightly closed.”

Helium was up. Feathers were down. Paper was stationary. Fluorescent tubing was dimmed in light trading. Knives were up sharply. Cows steered into a bull market. Pencils lost a few points. Hiking equipment was trailing. Elevators rose, while escalators continued their slow decline. Light switches were off. Mining equipment hit rock bottom. Diapers remain unchanged. Shipping lines stayed at an even keel. The market for raisins dried up. Coca Cola fizzled. Caterpillar stock inched up a bit. Balloon prices were inflated.

Once upon a time, there was an old man who worked all his life and saved all his money. He was a miser, he lived like a pauper, he hardly had food, but he loved his money more than just about anything else in the world. Just before he died, he said to his wife, “When I die, I want you to take all my money and put it in the casket with me. I need my money in the afterlife. Can you promise me that you’ll do that?” His wife was faithful, so she promised him with all her heart that when he died, she would put all his money in the casket. When the old man died his wife gave him a proper funeral. He was laid out in a beautiful casket and his faithful wife was in the front row at the funeral parlor dressed in black, sitting beside her best friend. When the ceremony ended, just before the undertakers got ready to close the casket, the wife rose from her seat and said, “Wait just a minute!” With that, she placed a box inside the casket. Then the undertakers locked the casket and rolled it away. The friend grabbed the wife by the arm and said, “Girl, I know you weren’t fool enough to put all that money in the casket with that man, were you?’ The wife said to her friend, “Listen, I am a Christian woman and I can never lie. I promised him that I was going to put the money in his casket with him and I did.” The friend was horrified and asked, “You mean to tell me that you put all that money in the casket with that man?” The wife replied, “I sure did…I wrote him a check.”

Then all of a sudden it hit me: I should have hung that ceiling fan higher. ~ The trouble with getting to work on time is that it makes the day so long. ~ Every morning is the dawn of a new error. ~ Stroke a cat…and you will have a permanent job. ~ The first thing to try when all else fails is again. ~ The more we disagree, the more chance there is that at least one of us is right. ~ I’ve often wondered what an atheist would do if stuck behind a car that wasn’t moving at a green light that had a bumper sticker on it that said, Honk if you love Jesus. ~ Only a lawyer could write an eighty-page document and call it a brief. ~ The secret of a good sermon is to have a good beginning and a good ending; and to have the two as close together as possible. ~ The trouble with bucket seats is that not everybody has the same size bucket.