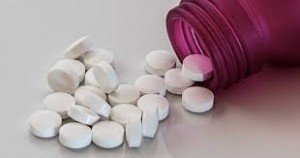 (Natural News) Kavanaugh accuser Christine Blasey Ford, who claims — without any evidence — that Kavanaugh inappropriately touched her at a drunken party while in high school, turns out to have ties to an abortion pill pharmaceutical company called Corcept Therapeutics. This discovery brings to light an obvious conflict of interest in Blasey’s story, revealing that she works for a pharmaceutical company that manufacturers an abortion pill drug, whose profits could be strongly impacted by future Supreme Court decisions on abortion rights.

Corcept Therapeutics (Corcept.com) manufacturers and markets an abortion pill drug called mifepristone, and Christine Blasey Ford is a co-author of at least eight published scientific papers produced by the pharmaceutical giant to promote its pills. You can see Blasey’s name listed on several publications at the Corcept.com web page detailing their research papers.

Corcept Therapeutics, Inc., a $166 billion market cap company (stock symbol CORT) reportedly has current annual sales of $216 million. The company offers just one drug, mifepristone, which is widely known as an “abortion pill” or RU-486. Many drugs have multiple uses, and mifepristone — brand name “Korlym” at Corcept — is currently marketed by the company for the treatment of Cushing’s syndrome.

Like all FDA-approved drugs, mifepristone is frequently prescribed off-label, meaning doctors prescribe it for conditions that it has never been approved to treat. It is well known throughout the medical industry that doctors routinely prescribe this drug to terminate unwanted pregnancies. It is a covert “abortion drug,” in other words.

If Kavanaugh were to be confirmed on the U.S. Supreme Court and be part of a decision that overturns Roe vs. Wade, it would make the prescribing of Corcept’s drug for abortion illegal, directly impacting the bottom line profits of the company for which Christine Blasey works.