Kim Dotcom: “I Knew Seth Rich Was the Wikileaks Source, I Was Involved”

Kim Dotcom, a famous internet entrepreneur and hacker, admitted today he was part of the operation along with Seth Rich to get stolen DNC emails to Wikileaks. It wasn’t Russia!

On July 8, 2016, 27 year-old Democratic staffer Seth Conrad Rich was murdered in Washington DC. The killer or killers took nothing from their victim, leaving behind his wallet, watch and phone.

Shortly after the killing, Redditors and social media users were pursuing a “lead” saying that Rich was in route to the FBI the morning of his murder, apparently intending to speak to special agents about an “ongoing court case” possibly involving the Clinton family. 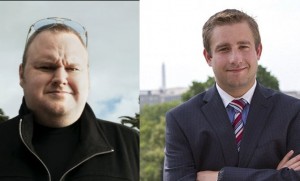 Kim Dotcom tweeted out yesterday that he has evidence Seth Rich, the murdered DNC operative, is the Wikileaks source. He’s ready to release the evidence to Congressional investigators!

The tweet reads: “If Congress includes #SethRich case into their Russia probe I’ll give written testimony with evidence that Seth Rich was @Wikileaks source.” — Kim Dotcom (@KimDotcom) May 19, 2017

Moments ago Kim Dotcom dropped this bomb—“I knew Seth Rich. I know he was the @Wikileaks source. I was involved.” – Kim Dotcom (@KimDotcom) May 20, 2017

What a brave man. Kim Dotcom better make a recording and hire some security.

In an update, Kim Dotcom said, I will make a statement on Tuesday…I’m meeting my legal team on Monday. I will issue a statement about #SethRich on Tuesday. Please be patient. This needs to be done properly. — Kim Dotcom (@KimDotcom)