The Tea Party participants were ridiculed, criticized and feared by far-left Democrats because they were so successful and instrumental in 2010 in transforming Congress from a Democrat super-majority into a Congress run by a majority of Republicans.  Now one group is claiming they too are “grassroots” just like the Tea Party but they support Democrats.

Far Left Group ‘Indivisible’ tried to claim they were similar to the Republican Tea Party Groups of 2010 in being grassroots but evidence now shows that they are just another billionaire former Nazi lackey George Soros creation. 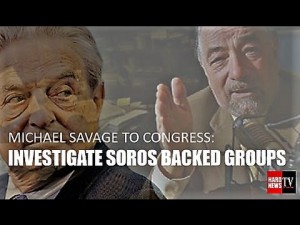 Soros is famous for helping the Nazis in World War II and in providing financial assistance over the past few decades to the Democratic Party and its corrupt politicians.

This past week Leah Greenberg and Ezra Levin, the co-founders of left-wing activist group ‘Indivisible,’ were spotted meeting with donors at the lavish Mandarin Oriental Hotel in downtown Washington, D.C.

So much for the “organic grassroots movement.” It’s clear these two are nothing more than D.C. insiders looking for their next check.