Benjamin Krause is a lawyer, investigative reporter, award-winning veterans advocate, and the founder and chief editor of DisabledVeterans.org. 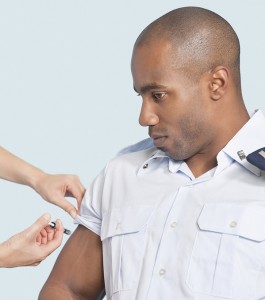 Krause recently published a leaked memo from the Department of the Army, admitting that during a 6-year period, from 2001 through 2007, many soldiers were vaccinated with a bad batch of the anthrax vaccine. The purpose of the memo was to inform these veterans that they might be entitled to Veteran Affairs (VA) benefits due to the anthrax vaccine.

The memo “leaked onto social media” and allegedly prompted the Massachusetts Department of Veterans’ Services to address the memo, calling it a “fake memo” and a “SCAM.”

However, Krause reports that the memo was digitally signed and nearly impossible to fake: A PDF of the memorandum, drafted by a person named Patrick McGrath II was digitally signed using a DOD certificate authority, and that its contents are ‘not subject to repudiation because the certificate chain is intact,’ according to attorney Francis White, III, a former US Air Force compliance inspector for information technology.

I spoke with White, a colleague of mine in the same office, about his professional impression of the memo and his statement above. White says faking the signature using a DOD CA certificate chain is nearly impossible in this context, “the digital signature on that memo is valid” and the related documentation shows it “was signed by an individual named Patrick Steven McGrath II, and is not subject to repudiation…”

White says that does not mean McGrath had the authority to circulate the memo to the public, but it does show the memo “cannot be summarily dismissed as fraudulent,” contrary to the suggestion of MDVS secretary Urena.

Basically, since the memo is valid, it likely originated from the 2nd Battalion located in South Korea implicating soldiers stationed at Ft. Campbell and Fort Drum from 2001-2007.

How Many Lives Have been Destroyed by the Military Anthrax Vaccine?

Former military medic and anthrax vaccine whistleblower, Sherrie Saunders, has also gone public revealing the corruption surrounding the anthrax vaccine: This is apparently a subject that Benjamin Krause of DisabledVeterans.org has previously covered as well:

I also spoke with retired USAF Lt Col Thomas “Buzz” Rempfer about the memo this morning given his longtime research into the unlawful Anthrax vaccination program. Like Attorney White, Rempfer and I have known each other for a few years. We are loosely brainstorming ideas about increasing transparency related to DOD forced vaccine programs like the Anthrax program.

Now, some of you reading this may not be familiar with the history of the DOD Anthrax Vaccine Program in the late 90’s through 2007. During that period, soldiers including myself were forced to take the Anthrax vaccine even though appropriate investigations into its efficacy had not been completed.

As a whistleblower against the program, Rempfer believed the document warranted further review into what the Army is attempting to accomplish, and that the Anthrax vaccine program itself reveals a darker history warranting the attention of President Donald Trump right now concerning the 2001 USPS Anthrax attack and subsequent investigation by FBI conducted by Robert Mueller’s subordinate James Comey.

The FBI ignored or dismissed the officer’s tips for eight years. The officer was in DC on the day of the attacks, delivering a Citizen Petition to FDA HQ’s, and he informed the FBI he was on the phone with Sen Daschle’s office at the moment the anthrax letter was opened. He suggested the FBI focus on DoD anthrax scientists with the motive, M.O. and history.

The FBI never reported to the American people that Sen Daschle’s office were the only victims attacked with an anthrax letter that actively questioned the anthrax vaccine.

Instead, the FBI reported it could not find “any ostensible connection to the anthrax mailings” and the attack on Sen. Daschle’s office. Yet, the FBI was given evidence showing that the White House and Senator Daschle questioned the vaccine, at least until the anthrax attacks.

It is undetermined why the FBI obscured the Sen Daschle-anthrax vaccine connection given the tips, timing and evidence, particularly when the FBI’s official findings stated motive for the attacks was to save the “failing” vaccine.

Bottom-line: America was hoodwinked by the anthrax letter attacks due to the almost decade-long bungling of the investigation by the FBI. The delay allowed the DoD to unwittingly “save” the “failing” anthrax vaccine program, i.e., the stated motive of the attacks. But, no retrospective review of the program occurred, nor records corrections.

Rempfer’s perspective on the Anthrax issue is not limited to the USPS attack. He also believes the President has the opportunity to secure military records changes for former soldiers who were discharged for refusing to take the vaccine.