“I’ve been practicing religious freedom law for about 20 years now and I believe this bill is one of the most significant threats that there has ever been to religious freedom,” Greg Baylor, senior counsel for Alliance Defending Freedom, said July 19 at the Heritage Foundation. 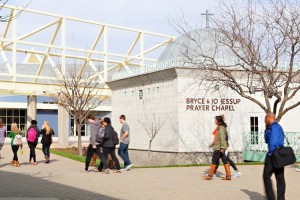 Hours before adjourning for July recess, a California State Senate committee advanced a bill that seeks to punish faith-based colleges and universities for holding biblical beliefs about marriage and sexuality. If signed into law, SB 1146 could expose schools to punitive litigation and the loss of millions in student aid. Schools wanting to avoid any penalty would have to dissolve student codes of conduct based on biblical teachings about sex and wouldn’t be able to base hiring decisions on religious convictions about sexuality, gender identity, and marriage.

Baylor said California lawmakers have no evidence of schools wrongly discriminating against LGBT students and concluded the bill is just an attempt to silence biblical beliefs.

SB 1146 attaches new components to the anti-discrimination requirements for Cal-Grants, the largest state-funded student financial aid program. Cal-Grants award students between $6,000 and $12,000 to help pay tuition at any accredited college or university in the state. Under the bill’s current language, faith-based schools would no longer be eligible for Cal-Grants.

William Jessup University, a small Christian school in northern California, hires Christian faculty, separates student housing on the basis of biological sex, and prohibits homosexual activity as part of its code of conduct. About one-third of its traditional undergraduate students use Cal-Grants to help pay tuition costs.

“I can tell you now and you can quote me later: William Jessup University will not change its policies,” said John Jackson, school president. “We will be faithful to our biblical and religious convictions no matter the economic consequences.”

Cal-Grants provide about $9,000 in aid for students to attend private institutions. William Jessup stands to lose about $2 million per year. For larger Christian universities in the state, the annual losses could total up to $10 million.

Losing that much from its annual budget won’t sink the school but William Jessup would have to cut back on resources and programs offered to students, Jackson said.

That’s the short-term impact. But the long-term forecast of passing SB 1146 is that fewer students will choose to attend Christian schools in California, according to Baylor.

“Nine thousand dollars means a lot more to that student than $2 million does for William Jessup University,” Baylor said. “It’s a direct financial punishment because you are choosing a school that has traditional views about sexuality and marriage.”

But state Sen. Ricardo Lara, the openly gay Democrat who authored the bill, believes students will suffer without the legislation.

“These universities essentially have a license to discriminate, and students have absolutely no recourse,” Lara said, according to the Los Angeles Times. “Universities are supposed to be a place where students feel safe and can learn without fear of discrimination or harassment.”

But Baylor notes the bill discriminates against the schools and their beliefs.

“We would never say the Catholic church can’t require its priests to be Catholic,” he said. “But that’s essentially what this bill does.”

All schools wanting to keep state financial aid would have to accommodate students based on their gender identity and would not be able to separate housing, restrooms, or locker room facilities based on biology. The same standards would apply to gender fluid students, those who fluctuate between identifying as either male or female.

SB 1146 goes to a Senate Appropriations Committee on Aug. 3 for deliberation and another vote before heading to the full general assembly at the end of the month. If it passes, Gov. Jerry Brown, a Democrat, will have until the end of September to sign it. The bill would go into effect Jan. 1.