Lesson of ‘The Snake’ 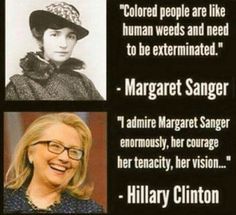 Recently in Erie, Pennsylvania, Donald Trump entertained his vast crowd of supporters by reciting the lyrics to a song called “The Snake.” The song was written about 50 years ago, but it tells a timeless truth derived from Aesop’s Fables, which are more than 2,500 years old.

The song tells the story of a “tender-hearted woman” who rescues a “poor, half-frozen snake” from near death in the winter cold. “Take me in, oh tender woman,” the snake cries out. “Take me in, for heaven’s sake.” So the tender-hearted woman takes the snake into her own home, warms it by the fire and feeds it milk and honey: “If I hadn’t brought you in, by now you might have died.” But instead of saying thanks, the snake gave her a vicious bite.

“I saved you,” cried the woman. “And you’ve bitten me, but why? You know your bite is poisonous, and now I’m going to die.” “Oh shut up, silly woman,” said the reptile with a grin. “You knew damn well I was a snake before you took me in.”

The moral of the song was clear to many in the crowd, but Donald Trump made sure that everyone got the message. “This is what is going on in our country, with our border,” he told the 9,000 people who filled the Erie Insurance Arena.

“When you’re listening to this, think of our border. Think of the people we are letting in by the thousands. And Hillary Clinton wants to allow 550% more coming in to our country. How stupid are we!”

That’s right: Hillary wants to bring in 65,000 Syrian refugees, which is indeed a 550% increase over the 10,000 who entered this year, which in turn is a 500 percent increase over last year’s intake of about 1,600. Obama is now rushing to complete his pledge to bring in 10,000 Syrian refugees by September 30, despite FBI Director Comey’s testimony last October that those people can’t be vetted because there are no reliable records on them.

To illustrate the “bad things” that are bound to happen when “we allow more and more people to come in from terror areas,” Senator Jeff Sessions (R-AL) last week released the names of 20 people convicted of terrorism in the last three years after being admitted to our country as refugees from such countries as Iraq, Somalia, Uzbekistan and Bosnia. One of the 20 had received a special visa for Iraqi translators and subsequently became a U.S. citizen, yet he pledged an oath to the leader of ISIS.

Trump’s compassionate solution for the refugee crisis is to “build a beautiful safe zone in Syria” and get the so-called Gulf States to pay for it. The Gulf States are the oil-rich kingdoms of the Persian Gulf whose existence is protected by the U.S. Navy, but have contributed nothing for the welfare of their fellow Arab Muslims in need.

“The story of ‘The Snake’ is what’s happening to our country,” Trump continued. “We’re letting people in. Many of these people hate us. Many of these people don’t have good thoughts. And you see what one sick wacko can do in Orlando. And then you see his father sitting behind Hillary Clinton with a big smile on his face.”

That’s right, the father of Omar Mateen, who murdered 49 people at the Pulse nightclub on June 12, was allowed to sit directly behind Hillary where he was visible on camera during her entire 25-minute speech. Seddique Matteen, who apparently came to the United States as a refugee in the 1980s, told reporters that Hillary Clinton “would be good for the United States, versus Donald Trump.”

Before we allow any more refugees from Syria, let’s take a closer look at what happened to a previous wave of refugees brought here from the East African failed state of Somalia. Starting in the 1990s, an estimated 100,000 Muslims from Somalia have been resettled in Minnesota and Maine at U.S. taxpayers’ expense.

Instead of expressing their gratitude for the opportunity to live in a peaceful, prosperous nation, many Somalis have been trained by leftist community organizers to adopt an entitlement mentality, quick to complain about alleged discrimination. If that’s not bad enough, a disproportionate number of their young men have supported terrorism or have even traveled overseas to join ISIS.