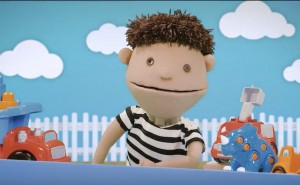 Caption: Julia is struggling with her gender, and feels in her heart she’s a boy and wants to be called Julien.

The LGBT madness continues as “transgender” activists are targeting yet another beloved childhood character. Hoping to train children at a young age to embrace a dark culture, you won’t believe the latest character they’ve introduced now. Even worse, schools are supporting the latest “transgender” video, in hopes to lure children to question their gender and create confusion.

Children can’t get a break. “Dragqueens” are reading to them in the libraries. Cartoos are introducing “LGBT characters”. Transition ceremonies are happening in schools. The LGBT community is utterly obsessed with bringing children on board to their agenda. And now, they are using the innocent character of the Muppets as their next bait.

Let’s face it, children are drawn to Muppets. They love them. The voices. The characters. The storylines. They are familiar. After all, there is something almost “trusting” about these seemingly innocent characters. Which is exactly why the new “transgender” Muppet is so deadly.

Children will laugh at this new voice and character and view this new Muppet’s “gender confusion” as normal. Even more horrific, the writers designed this character so children will have “sympathy” for the “horrific” experience the Muppet undergoes as it struggles to understand its “gender identity.”

LifeSite News reported: “The puppet in question is of school age (in order to connect with school-age children) and was originally named Julia—but Julia is struggling with her gender, and “feels in her heart she’s a boy and wants to be called Julien.”

The message to children is a simple one: Your gender is not dictated by biology and your body is irrelevant to who you actually are (and it can be changed, anyway!)

Julien/Julia is now the star of several bi-lingual videos that provide what trans activists are calling the “necessary tools” for kids and their bewildered parents to navigate these issues.”

But gender is simple – you are born a male or female.

Children should be taught how to embrace their biological gender and learn to accept and care for their body in a healthy way. Teaching children to doubt their God-given design, or plant seeds of doubt in their impressionable minds causing them to question if they were “born the right gender” should be a criminal offense.

As Mommy Underground previously reported, some children are still traumatized from a lunatic pro-LGBT kindergarten teacher who actually held a “transition” ceremony in her class, and then won teacher of the year.

LGBT activists are predators, truly seeking to corrupt children at their most tender age. They are literally fascinated with targeting young children, and it is sick. And in their relentless quest to completely eradicate all forms of gender, they won’t stop until their lifestyle is forced into mainstream America.

Parents must remain vigilant and monitor the shows children watch, and the stories they read.