Life Without Sex – A Secret Truth Known by Millions

Once I watched a zombie movie with my daughter. Not my usual fare but it fascinated me because I saw a correlation to the times in which we live. The speed at which the zombie virus spread from person to person is similar to the rapid-fire spread of deception in modern times.

There are so many lies in the air these days that H2O has been more accurately refigured as H2O3D (D for deception).

One prevalent lie is that some people want to outlaw love when really love has never been the issue. We are all free to love. Always have been and will be throughout eternity. 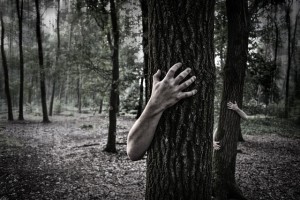 The Bible supports this when Paul writes, “But the fruit of the Spirit is love, joy, peace, patience, kindness, goodness, faithfulness, gentleness, self-control; against such things there is no law.” Galatians 5:22-23

We are free to love but love is God’s idea. In fact, God is love and both the God of the Old and the New Testament are the same. God has consistently loved us from creation to now and one thing He has demonstrated is that love expresses itself through truth.

The issue of concern has never been love. The issue has always been sex. There are laws and boundaries about how we use our bodies and how we treat other people’s bodies written into the fabric of our design by the One who created us.

Somehow, in the midst of the great rebellion, the rhetoric, the speeches, posters, and parades, the notion that sex is the ultimate freedom, the ultimate happiness, the ultimate expression of our humanity became the truth de jour. But it’s a lie.

There are literally millions of humans – “fully alive, wholly passionate, entirely valuable, fascinating, worthy of admiration and love, contributing positively to the planet” humans who are NOT having sex.

They are leading full lives. They are completely adults. They contribute, communicate, engage, participate, enrich us and make our lives more colorful, more joyful, and more stimulating all without engaging in intercourse with anyone.

They pursue and achieve life, liberty, and happiness without sex.

Some people live without sex because they are single (never married, divorced, or widowed) and choose to obey God’s commands. They’d like to have sex but exercise self-control, displaying their love for God through obedience. There is nothing lesser about their lives or about them as people because they aren’t engaging in coitus.

Some choose celibacy due to their vocation, their inclination, or in order to focus on a particular mission in life. Others haven’t chosen not to have sex they’ve just prioritized other passions.

Others live without sex within marriage relationships for a variety of reasons – a partner’s illness, mutual consent, physical capacity of one or both, separation by distance when one is called to serve miles away and the other must tend to business on the homefront, separation due to confinement, a partner’s mental state, household conditions that make privacy a rare thing, one partner’s trauma, a time committed to prayer, or simply age.

They see themselves portrayed in movies, sitcoms, and talk shows in unflattering and deceptive ways. The world says that if a person isn’t enjoying a “healthy” sex life then they are set aside, dried up, washed out, lonely, rejected, unfulfilled, less than. Someone to be pitied, mocked, fixed, or treated by professionals. So those living full lives without sex have gone silent.

Sex is a glorious invention of God and should be celebrated in context but the world is full of God’s glorious inventions. In elevating one to a status nearly equal with God, worthy of full devotion and worship, we blind ourselves to all the others and make an idol of what was created rather than letting it reside in its rightful position below its Creator.

Sex is glorious but so is love, joy, peace, patience, kindness, goodness, faithfulness, gentleness, and self-control. Self-sacrifice is glorious as is creativity, intellect, worship, music, conversation, the wonders of nature, and the harmony of emotional intimacy.

All the horn-blowing and mocking can drown out the myriad of life’s pleasures that exist for those willing to order their priorities according to God’s plan. True, not every person living without sex is happy about that condition but how much greater is their unhappiness because our society constantly tells them they’re somehow less than the rest? How much greater their unhappiness because each morning they must swat their way through webs of societal deception about this one human activity?

God is a vast being and we are created in His image. There are myriad ways to express love. Sex is one. Just one.

It’s wise to remember the zombies. The dried-up undead are the majority who have been infected with the virus. The living may be in the minority but they are, in fact, alive.

If you’re living without sex, this is a secret you likely already know but remember you are a full, viable, worthy, engaging, creative, powerful human being capable of expressing love and worthy of receiving it.

Against such things there is no law.