The RI Coalition for Israel (RICI), a Christian/Jewish partnership that supports the Jewish State, today released the text of a letter sent to President Donald Trump regarding his recent decision to decertify the Iran Nuclear Deal. 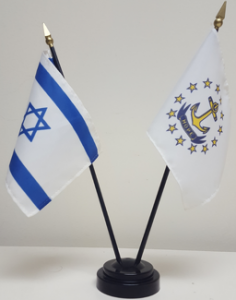 Signed by the organization’s Board of Directors, it read as follows:

On behalf of RI Coalition for Israel, a Christian/Jewish pro-Israel grassroots partnership, we congratulate you on your decision to decertify the Iran Deal.

As you have publicly noted, this Deal represented one of the most incompetent examples of diplomacy in American history. We fought tooth and nail here in Rhode Island, as you can see from the enclosed documents, but were unsuccessful in convincing our Representatives or Senators to recognize its faults.

The Deal has to be improved or cancelled because of its threats to our own country and to Israel, our strongest ally and the eternal homeland of the Jewish people. You have our support and the support of centrist and conservative Jews and Christians whom we represent.

Thank you for taking a measured and courageous stand to force us to re-visit the Deal and take whatever steps are necessary to rein in the growing power of Iran, whose government unfortunately is bent on world domination.

Board of Directors, RI Coalition for Israel

While RICI was only recently organized, the signers of the letter have been involved in pro-Israel advocacy in Rhode Island for a number of years. The “enclosures” referred to in the letter to President Trump included Op-Ed’s from 2015 as published in the Jewish Voice-Herald and the Providence Journal, and a Journal report of a community rally held in Bristol in opposition to the Deal.