Loneliness shown to damage the heart muscle and cause premature death 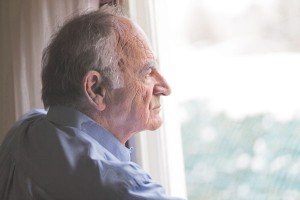 (NaturalHealth365) A Danish study completed this past May found that nearly half of Americans feel alone – this despite technological innovations ‘connecting us’ like never before in history. To make matters even more disturbing: these feelings of loneliness are being linked to an increased risk of heart problems and premature death.

For the research, the scientists from Denmark assessed 13,463 people for the effects of a deficit in social networks related to their cardiovascular health. The patients suffered from either arrythmia, heart valve disease, heart failure or ischemic heart disease.

Feelings of loneliness DOUBLE the risk of early death

The participants answered questions related to their mental and physical health. Lifestyle factors like their levels of social support and smoking were also factored in.

They were asked questions related to living alone, if they felt lonely, or if they had others to talk to. The researchers also assessed for feelings of loneliness in persons who did not live alone or, on the surface, seemed to have plenty of social support.

The researchers found feelings of loneliness to be associated with reduced heart health, even after adjustments for lifestyle habits, other diseases, BMI and age. Women who reported being lonely showed a doubled mortality risk, with men’s risk nearly as high.

Both genders were three times as likely to be depressed or anxious – which resulted in a lowered quality of life. They also showed a higher risk of developing or dying of coronary artery disease.

The study results were presented at the European Society of Cardiology’s annual congress in May of this year. Interesting to note, in other studies, loneliness has been linked with a higher risk of health problems like stroke and type 2 diabetes.

A large study of 20,000 adults by the health insurer Cigna found working too much or not enough to be contributors to feelings of loneliness. This could indicate the importance of having a place to foster relationships and common ground in feeling connected and engaged.

However, ‘work-life balance’ is the key and a highly individual situation.

The survey also found that “just the right amount” of exercising and spending time with family members contributed to feelings of well-being. Too much or too little of each resulted in feelings of loneliness.

Social media use not linked with increased loneliness, but genuine engagement is key

Interestingly, the study authors found that getting enough sleep contributed to overall well-being and not feeling lonely despite other factors. Younger adults born in the mid-1990s up to the early 2000s showed higher loneliness than respondents age 72 or older.

The Cigna study did not find a correlation between the use of social media and loneliness. Yet, other studies paint a very different story. In fact, even the mainstream media admits how platforms like, Facebook can be dangerous to your health.

Conditions that cause loneliness in one person may not affect another. The key is to find ways to feel genuinely engaged whether through online groups, hobbies, passions or causes you believe in.

Spending time in nature or having a spiritual practice can also help cultivate the awareness that we are never really alone. We, at NaturalHealth365, believe that every life has a purpose and ought to be treasured.