Rep. David Sawicki, R-Auburn, is asking Maine lawmakers to approve a bill that would make it illegal to discriminate against any person who decides to forgo certain vaccinations.

Sawicki is the sponsor of LD 950, An Act to Prohibit Discrimination against a Person Who Is Not Vaccinated.

Sawicki said Monday that his bill is simple, in that if a person or the parent of a child decided against vaccinations for any reason, he or she could not be discriminated against by a school, employer or any other entity. 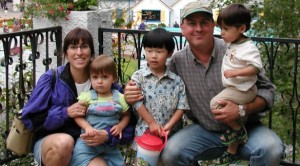 “We are naturally born with a genius immune system, endowed by our creator, that has enabled the human race to grow and thrive over the eons,” Sawicki told the Legislature’s Judiciary Committee on Monday.

Sawicki said Mainers concerned that unvaccinated children might spread illness and disease in public schools shouldn’t worry if their children are vaccinated against the diseases they are worried about and they believe in vaccines.

He also said the idea that people could be forced to take a vaccine they don’t want conjured visions of “the horrors of Nazi Germany, forced sterilization, interment, execution and involuntary medical experimentation.”

He also said a legal requirement that a person have a vaccination was a violation of the Fourth Amendment of the U.S. Constitution in that “the right of the people to be secure in their persons, houses, papers and effects, against unreasonable search and seizures, shall not be violated.”

Also speaking in favor of Sawicki’s bill was Rep. Robert Foley, R-Wells. Foley told the committee how he and his wife lost an infant daughter 28 years ago, just 36 hours after her first vaccines. Foley said he and his wife pushed for a review of the vaccines at both the state and federal level but were ultimately rebuffed.

“Unfortunately, we were left with the saddest of diagnoses, no known cause of death, sudden infant death syndrome” Foley said.

“There is not a person in this room, or even in these halls, who will ever convince us that those vaccinations did not play a contributing factor in our daughter’s untimely death,” he said.