(WND) A strategy that has surfaced in several states to require churches to accommodate transgendered people by calling their buildings “places of public accommodation” has been reversed in Massachusetts after state officials were sued over the alleged constitutional violations.

Under the measure, the attorney general had claimed “houses of worship” are places of “public accommodation,” and members, therefore, cannot even express ideas concerning “religious expression regarding biological sex and gender identity.”

The complaint alleged state officials decided to interpret the law “to force churches to open church changing rooms, shower facilities, restrooms, and other intimate areas [to people] based on their perceived gender identity, and not their biological sex, in violation of the churches’ religious beliefs.”

Now the case is being dismissed, because the state has retreated. State officials admitted the First Amendment protects a church’s freedom to operate consistently with its faith even when engaged in community outreach activities, such as spaghetti suppers. 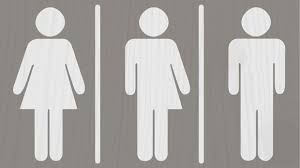 The state’s Civil Rights Division chief, Genevieve Nadeau, said, according to ADF, “Your lawsuit caused us to focus on these issues and to make this revision.” ADF Senior Counsel Steve O’Ban said the government “can’t encroach on the internal, religious practices of a church.”

“The language revisions that our lawsuit prompted should ensure that doesn’t happen,” O’Ban said. “The comments of commonwealth officials gave these churches reason for great concern, and so we are pleased wording changes have been made to respect the constitutionally protected freedoms these congregations and pastors have.”

Healey and the commission both had interpreted the state’s public accommodations requirements to mean churches must make changing gender-segregated facilities and rest rooms open to people according to their “gender identity.”

Explained ADF: “Because those laws also prohibit covered entities from making statements intended ‘to discriminate’ or to ‘incite’ others to do so, the churches and pastors could have been forced to refrain from communicating their beliefs about biological sex because they conflict with the government’s views.”

Before the change, the guidance said: “Even a church could be seen as a place of public accommodation if it holds a secular event, such as a spaghetti supper, that is open to the public.”

“No church should fear government punishment simply for serving its community consistently with its faith. Massachusetts officials made the right decision to respect these churches’ freedom of religion and speech,” explained ADF Legal Counsel Christiana Holcomb.

The case had been pending in U.S. District Court for the District of Massachusetts, Eastern Division. As reported when the state issued its orders to churches:

It had demanded that church officials, and even members, use whatever pronouns a person would demand, irrespective of their actual gender.

At the Volokh Conspiracy legal blog, Eugene Volokh pointed out that “churches hold events ‘open to the general public’ all the time – it’s often how they seek new converts.”

“And even church ‘secular events,’ which I take it means events that don’t involve overt worship, are generally viewed by the church as part of its ministry, and certainly as a means of the church modeling, what it believes to be religiously sound behavior.”

Volokh continued: “My guess is that most churches would not turn someone away from a generally open spaghetti supper. … But some religious leaders, as well as the church employees and volunteers, may refuse to use pronouns that they believe are inconsistent with God’s plan as revealed by anatomy.”

“Under Massachusetts law, refusing to use a transgender person’s preferred pronoun would be punishable discrimination. (At least this is true of ‘he’ or ‘she’ – I saw nothing in the document about ‘ze’ and other newly made-up pronouns.) The Massachusetts document … makes that clear in the employment context, and it also makes clear that the antidiscrimination law rules apply to places of public accommodations (including churches, in ‘secular events’ ‘open to the public’) just as much as to employment.”

Volokh warned: “Indeed, a church might be liable even for statements by its congregants (and not just its volunteers, who are acting as agents) that are critical of transgender people. Tolerating such remarks is generally seen as allowing a ‘hostile environment,’ and therefore ‘harassment.’ Indeed, the statement … specifically encourages people to ‘prohibit derogatory comments or jokes about transgender persons from employees, clients, vendors and any others, and promptly investigate and discipline persons who engage in discriminatory conduct’.”