Our friends at Alliance Defending Freedom (ADF) have just informed me of a major victory against the mandatory abortion coverage and surcharges in HealthSource RI. 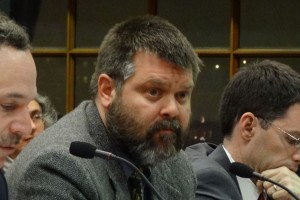 As a result of Doe v Burwell, filed by ADF this past January on behalf of a local pro-life advocate, the state of Rhode Island has revised its Obamacare exchange by adding multiple individual plans, at each metal tier level, that will not require enrollees to pay a surcharge for other peoples’ elective abortions. The plans will be available during the open enrollment period for 2016.

Rhode Island Right to Life will continue to closely monitor HealthSource RI, and inform you during the 2016 open enrollment season, later this year, as to exactly which plans exclude coverage for elective abortion and, thus, do not require enrollees to pay an abortion surcharge.

And while this is a major victory, for which we once again extend to ADF our congratulations and gratitude, we will not rest until (1) there is complete parity of plan options for pro-life citizens, and (2) we return to the pre-Obamacare Hyde policy whereby no government whatsoever are expended to subsidize or pay for insurance plans that include coverage for elective abortion.