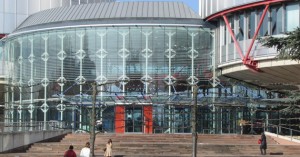 (WNS)–Tom Mortier is taking Belgium to Europe’s highest court for allowing doctors to euthanize his depressed mother and waiting to notify him until the next day.

Euthanasia killings in Belgium and the Netherlands have spiked in recent years, especially for people with mental illness or depression, and the elderly who don’t want to go to nursing homes. Godelieva De Troyer died April 19, 2012, at the hands of an oncologist—not her psychiatrist of 20 years, who refused to say her depression was untreatable.

Mortier told me in a brief email Sept. 10 that he delved into euthanasia law and where it came from after his mother died. He was featured in international media as an advocate for life as Quebec debated and eventually legalized euthanasia last year. “I believe that the appeal to ‘free choice’ is becoming a dogma of convenience,” Mortier argues in a post on his blog. “We are rapidly changing into a society of absolute loneliness where we don’t want to take care of each other any more.”

It wasn’t until last week, though, that Mortier and Christian legal group Alliance Defending Freedom (ADF) filed a complaint with the European Court of Human Rights over his mother’s death.

ADF’s Robert Clarke, based in Vienna, Austria, told me the organization heard about the case “through providence.” Roger Kiska, another ADF attorney, heard of Mortier’s case while in Belgium this year as the country debated and eventually legalized the euthanasia of children. Kiska and ADF have worked with Mortier ever since, developing the case for the high court after verifying Mortier had exhausted all his legal options in Belgium.

The court doesn’t have to take the case, but Clarke and his team believe it has a chance to roll back euthanasia advocates’ gains in western Europe. ADF and Mortier want to “challenge … what has essentially become euthanasia without any limits,” Clarke told me.

First, they argue the euthanasia of Mortier’s mother violated Belgium’s own laws. “She suffered from a mental illness that is not only treatable, but on her own account was caused at least in part by feeling distant from her children,” Clarke said.

The doctors she sought out to approve her death—after those who knew her refused—never sought treatment for her depression by asking the children to speak to their mother, who had broken off contact with them.

“The few safeguards that do exist in the law aren’t being used to safeguard anyone,” Clarke said.

Even worse, oncologist Wim Distelmans did not approve De Troyer’s request until after she donated €2,500 to Life End Information Forum, a euthanasia organization Distelmans co-founded. Distelmans also co-chairs the government’s policing arm that verifyies euthanasia cases comply with the law, so he was “policing himself,” Clarke told me.

ADF also is challenging the larger issue of euthanasia, arguing it is illegal based on European human rights law. Article 2 of the European Convention on Human Rights declares that “everyone’s right to life shall be protected by law,” and “no one shall be deprived of his life intentionally” unless ordered by criminal conviction. But Article 8 gives Europeans a right to a private life—a clause used by pro-euthanasia activists to justify allowing people to take their own lives.

Bioethicist Theo Boer, who sits on a Dutch government committee that reviews the country’s euthanasia cases, told me in an email that while unusual, similar cases can happen in the Netherlands. “I think the fact that the children weren’t informed is heartbreaking, but it happens here, too,” he said. Boer, once a supporter of euthanasia, now urges countries against legalization as his country’s safeguards, once lauded by many for protecting human dignity, have disintegrated.