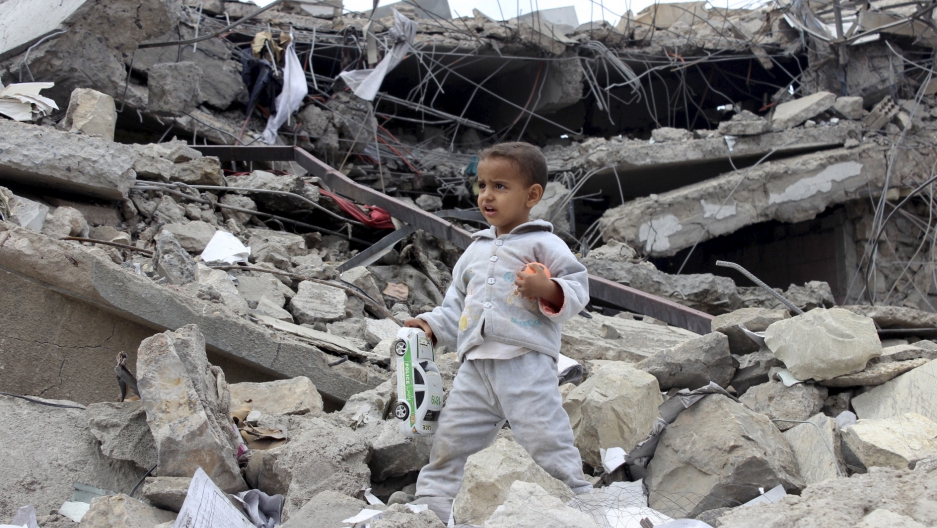 Preachers and Christians in America talk a lot about loving Jesus. They sing songs to Him; wave their hands in the air; pray to Him; and talk about His teachings. And at Christmas time, they retell the story of Christ’s virgin birth, and boys and girls sing songs and put on plays—complete with shepherds and Wise Men. But in reality, a huge number of preachers and Christians today behave more like King Herod than they do the Christmas shepherds and Magi.

What was Herod’s conduct at the time of Christ’s birth? He ordered the deaths of all the children in Bethlehem, males and females, two years old and younger. Herod used his authority as a governmental head of state to murder innocent children. So, how does this relate to today’s pastors and Christians? I’ll tell you.

Last week, the U.S. House and Senate voted on resolutions to discontinue U.S. support for Saudi Arabia’s three-year war against Yemen. As many as 80,000 men, women and children have been slaughtered in this ongoing bloodbath, and 85,000 Yemeni children have starved to death. And the United States, under Presidents Obama and Trump, has supported Saudi Arabia’s barbarism with financial and military aid. In fact, without America’s aid, Saudi Arabia would not have been able to perpetuate this genocidal war. So, this is as much America’s war as it is Saudi Arabia’s.

The brutal, torturous assassination of permanent U.S. resident, journalist Jamal Khashoggi, by Saudi assassins (under orders from the Saudi crown prince) somehow jolted the dead conscience of the U.S. Congress, and both legislative branches voted on resolutions to discontinue America’s participation in the brutal Saudi war against Yemen.

And here’s the rub: The vast majority of congressmen and senators who voted to continue America’s participation in the Saudi barbarism against Yemen were Republicans. 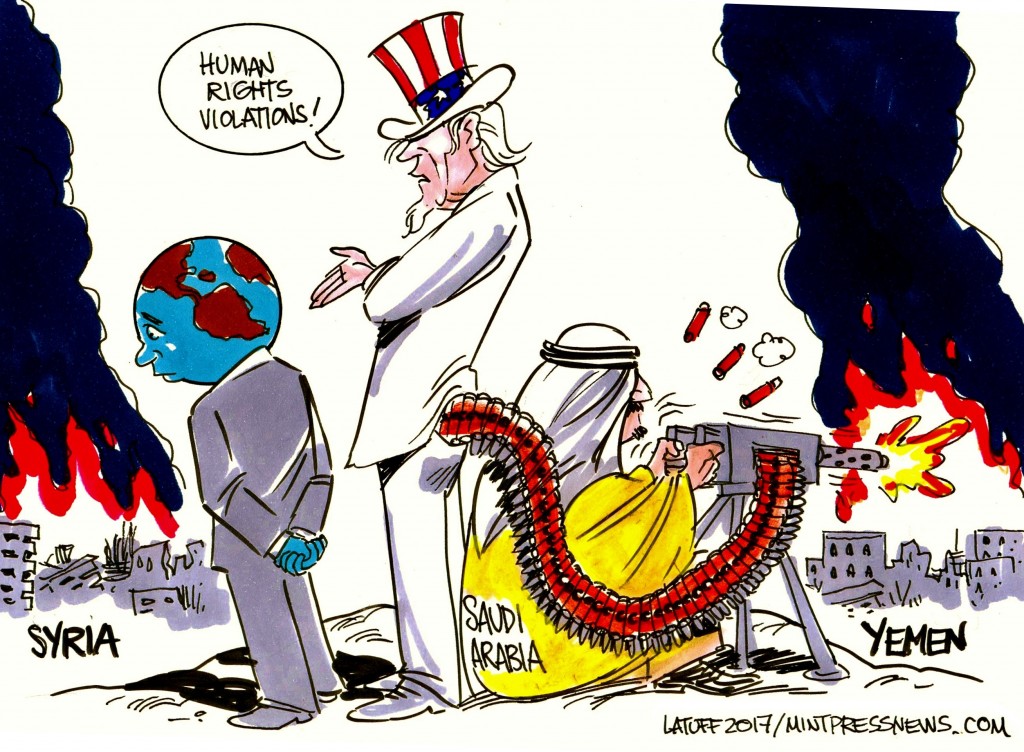 This is another example of how the “left-right,” “liberal-conservative” and Democrat-Republican paradigm is so phony and misleading. Whatever praise one wants to heap on the GOP, when it comes to expanding America’s never-ending “war on terror,” its limitless wars of aggression overseas and the overall Warfare State, Republicans are almost always the first ones to shout their enthusiastic support. These votes in the House and Senate reflect that reality.

It also further proves that Donald Trump is just another warmonger, no better than Barack Obama or G.W. Bush. These presidents (and the members of Congress who support their wars) have the blood of hundreds of thousands of innocent victims dripping from their hands. I’ll say it straight out: Donald Trump is a murderer! Forget King Cyrus; King Herod is the one that Trump more resembles.

I don’t expect that this will have any impact on the millions of Christians and conservatives who are caught up in blind (almost idolizing) support for Donald Trump and in the phony left-right paradigm. But in case you are interested in truth, there it is.

Here is the down and dirty little secret: Christians and conservatives are the ones promoting and sustaining America’s Warfare State and perpetual war doctrine. The absence of outrage from Christians and conservatives at the Republicans in the U.S. House and Senate and at President Trump for supporting and voting to continue providing financial and military assistance for Saudi Arabia’s barbaric war against Yemen is an eternal indictment against these right-wing warmongers. 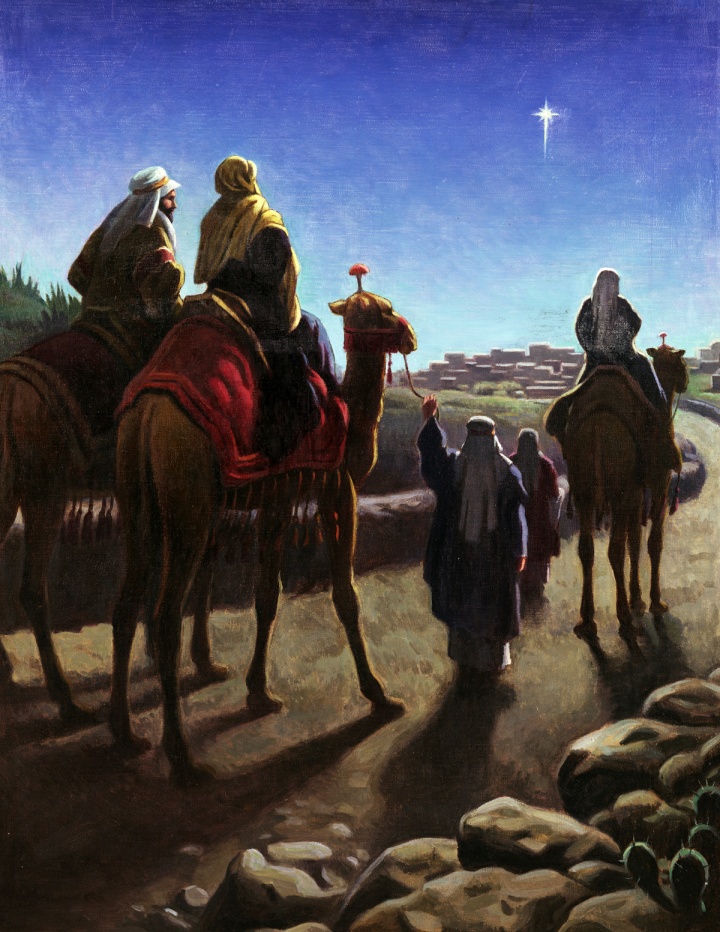 Satan is the author of murder, and nothing or no one commits murder on the scale or magnitude of government. Therefore, government is Satan’s most effective tool at fulfilling his highest priority: murder. And, disgustingly, millions of evangelical pastors and Christians are among the most enthusiastic supporters of the wicked, wretched warmongers (many if not most of them Republicans) in Washington, D.C.

Next year, the new U.S. House could take another vote on withdrawing support from the Yemen war, but if it passed (and it probably would under Democratic control), Trump will surely veto it, and pastors, Christians and conservatives everywhere will enthusiastically support Trump’s veto—and these illegal and immoral wars will keep going on and on.

The fact that Republicans are right on some issues (and they are) does NOT give them the right to commit murder in the name of the American people. Nor should conservatives—and especially Christians—support them when they do.

Bottom line: If America’s pastors, Christians and conservatives would stop supporting America’s perpetual war machinations, most of these immoral wars would cease forthwith.

So, as you are watching and listening to your pastor homilize about the miraculous birth of the Lord Jesus Christ this Sunday, and as you enjoy the boys and girls in their costumes singing Christmas hymns about “peace, good will toward men,” pause for a moment to see the cadaverous, starving bodies of tens of thousands of little Yemeni children, see the charred bodies of innocent grandfathers and grandmothers who have been burned to death from the fires caused by U.S.-made missiles and bombs, see the arms and legs flying through the air from the dismembered bodies of Yemeni sons and daughters from U.S.-made jet bombers and attack helicopters that have been raining down death and destruction upon a hapless, helpless civilian population via the brutal, bloodthirsty regime of America’s “great ally” (Trump’s words), Saudi Arabia, for three long years. 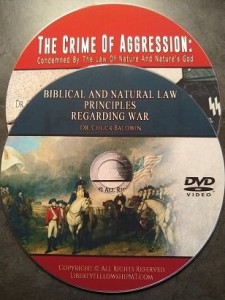 And as you are watching all this death and destruction in your mind, remember that it is a majority of evangelical pastors and churches (maybe even the pastor and church where you attend) who are among the biggest cheerleaders for these murderous, immoral, unjust and unconstitutional wars of aggression all over the world. In other words, they are behaving more like Herod than they are the Christmas Wise Men and shepherds.

Remember all of this as you hear the sermonizing and songs about the birth of Jesus, the Prince of Peace, in your church this Sunday.

I have two DVD messages that speak directly to the subject of war—just and unjust. These messages present the true Biblical teaching on the subject of war. America’s colonial pastors and Founding Fathers well understood the Biblical Natural Law principles of Just War. Sadly, these principles are all but forgotten by today’s pastors, Christian teachers and elected civil magistrates.

Both of these DVD messages are in a 2-DVD package entitled War: Just And Unjust. A Biblical/Natural Law Analysis. For $20. you can order the 2-DVD package at chuckbaldwinlive.com or call 406-210-9797.