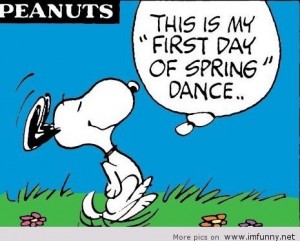 After a hardy rainstorm filled all the potholes in the streets and alleys with water, a young mother watched her two little boys playing in the puddle through her kitchen window. The older of the two, a five-year-old lad, grabbed his sibling by the back of his head and shoved his face into the water hole. As the boy recovered and stood laughing and dripping, the mother runs to the yard in a panic. “Why on earth did you do that to your little brother?!” she asks angrily. “We were just playing ‘church,’ Mommy,” he said. “I was baptizing him in the name of the Father, the Son and in the hole-he-goes.”

A group of women were at a seminar on how to live in a loving relationship with their husbands. The women were asked, “How many of you love your husband?” All the women raised their hands. Then they were asked, “When was the last time you told your husband you loved him?” Some women answered … “today,” a few … “yesterday,” and some … “can’t remember.” The women were then told to take out their cell phones and text their husband – “I love you, Sweetheart” Next the women were instructed to exchange phones with one another and read aloud the text message they received in response to their message. Below are 12 hilarious replies. If you have been married for quite a while, you understand that these replies are a sign of true love. Who else would reply in such a succinct and honest way? ~ Who IS this? ~ Eh, mother of my children, are you sick or what? ~ Yeah, and I love you too. What’s wrong? ~ I don’t understand what you mean? ~ What now? Did you wreck the car again?  ~ Am I dreaming? ~ Don’t beat about the bush, just tell me how much you need? ~ What did you do now? ~ If you don’t tell me who this message is actually for, someone will die. ~ Your mother is coming to stay with us, isn’t she? Kinda tugs at the heart, doesn’t it?

One night a teenage girl brought her new boyfriend home to meet her parents, and they were appalled by his appearance: leather jacket, motorcycle boots, tattoos, and pierced nose. Later, the parents pulled their daughter aside and confessed their concern. Trying to be diplomatic, Mom said, “Dear, he just doesn’t seem like the all-American boy you’ve dated before. He’s not really that nice.” “Oh come on, Mom,” replied the daughter. “If he wasn’t that nice, why would he be doing 500 hours of community service?”

One day at a trial, an eminent psychologist was called to testify. A severe no nonsense professional, she sat down in the witness chair unaware that it’s rear legs were set precariously on the back of the raised platform. “Will you state your name?” asked the district attorney. Tilting back in her chair, she opened her mouth to answer, but instead catapulted head-over-heels backward and landed in a stack of exhibits and recording equipment. Everyone watched in stunned silence as she extricated herself, rearranged her disheveled dress and hair and was reseated on the witness stand. The glare she directed at onlookers dared anyone to so much as smirk. “Well, doctor,” continued the district attorney without changing expression, “we could start with an easier question.”

The Little Red Engine that Could

One dark night outside a small town in Minnesota, a fire started inside the local chemical plant, and in a blink of an eye it exploded into massive flames. The alarm went out to all the fire departments for miles around. When the volunteer fire fighters appeared on the scene, the chemical company president rushed to the fire chief and said, “All of our secret formulas are in the vault in the center of the plant. They must be saved.  I will give $50,000 to the fire department that brings them out intact.” But the roaring flames held the firefighters off. Soon more fire departments had to be called in as the situation became  desperate. As more firemen arrived, the president shouted out that the offer was now $100,000 to the fire department who could bring out the company’s secret files. Still no takers.

From the distance, a lone siren was heard as another fire truck came into sight. It was the nearby rural township volunteer fire company composed mainly of Norwegians over the age of 65. They had fled Europe after WW2, and established their own town. To everyone’s amazement, the little run-down fire engine, operated by these old Norwegians, passed all the newer sleek engines parked outside the plant …. and drove straight into the middle of the inferno! Outside, the other firemen watched as the Norwegian old-timers jumped off and began to fight the fire with a performance and effort never seen before. Within a short time, the Norsemen had extinguished the fire and saved the secret formulas. The grateful chemical company president joyfully announced that for such a superhuman feat he was upping the reward to $200,000, and walked over to personally thank each of the brave, though elderly, Norse firefighters. The local TV news reporters rushed in after capturing the event on film and asked, “What are you going to do with all that money?” “Vell,” said Olee Larsen, the 70-year-old fire chief, “Da furst ting vee doo is fix da brakes on dat truck!”

Funny Thoughts For the Day:

We should all swap problems; everyone knows how to solve the other guy’s. ~ I ate a salad for lunch today! Well, mostly croutons and tomatoes. Actually one big round crouton and tomato sauce. And cheese. FINE! It was a pizza. I ate a pizza for lunch! ~ I don’t mean to brag, but I finished my 14-day diet food in 3 hours and 20 minutes. ~ A physician once said: “The best medicine for humans is love.” Someone asked, “What if it doesn’t work?” He smiled and said: “Increase the dose.” ~ Advice is like castor oil – easy enough to give, but dreadfully uneasy to take. ~ After a fender-bender, the teenaged driver pointed to the damage and said: “Great news, Dad–you haven’t been pouring those insurance payments down the drain after all!” ~ The surest way to save face is to keep the lower part shut. ~

Wherever I go, the world’s worst drivers follow me there. ~ Whoever said there is no such thing as a stupid question has never worked in customer service. ~ The speed in which a woman says Nothing when asked, Whats wrong? is adversely proportional to the severity of the storm thats coming. ~ If a sea gull lives by the sea, what type of gull lives by a bay? ~ You don’t need to wear spurs on both boots…If one side of a horse starts to run, so will the other. ~

When a redhead goes bonkers, ginger snaps. ~ Courtship: Chartered cruise boat for a group of judges.