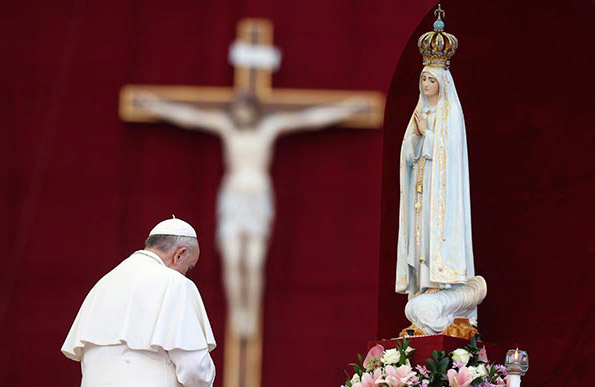 I recently had the privilege of meeting a priest of a large parish in Southern California. The purpose of our conversation was to discuss the role of tradition in light of Scripture. Granted, some tradition is beneficial if it lines up with Scripture.

I have Catholic friends who are devoted to God; they are pillars in our community. I attended a Catholic High School and loved the faculty. I desire peace with all men, but the Bible also encourages me to boldly and confidently present a scriptural basis for truth.

The church is the “pillar and foundation of the truth” (1 Tim. 3:15)—it comes under the truth; it’s not equal to it. We believe in apostolic succession in that we believe what the first apostles believed. The word Protestant comes from the word “protest.” Protestants want the church to return to the authority of Scripture alone.

Granted, not all Catholics view Mary as a co-redeemer, but the study of Mariology suggests otherwise. Antipater of Bostra, a father of the Council of Ephesus, wrote this about Mary, “Hail, you who acceptably intercede as Mediatrix for mankind.”

The Catholic doctrines of “Perpetual Virginity” and “Immaculate Conception” teach that Mary maintained her virginity and was conceived without sin. But the Bible teaches that all have sinned and fallen short of the glory of God (cf. Rom. 3:23). This teaching elevates Mary.

Historical Christianity teaches that Mary was highly favored, but she does not play a role in redemption, nor should we pray to her. We believe that Jesus is the only way, the only truth and the only life. No one comes to the Father except through Him (cf. John 14:6).

Scripture is the final authority, but Catholicism promotes submission to the teachings of the Pope, bishops and traditions that often contradict Scripture. Followers are encouraged to lean on papal interpretation for the answers. Confirming this, the priest I interviewed said decrees from the papacy are equal with Scripture.

As an altar boy, I believed that only the priest could administer communion as “alter Christus” (another Christ), but the Bible says this can be done by any believer (cf. Mark 14:22-25). Peter taught the priesthood of all believers (cf. 1 Pet. 2:5).

The purpose of communion is to examine our lives and remember Christ’s death. The Bible does not teach transubstantiation: the belief that the bread and wine used in communion physically change into the actual flesh and blood of Jesus as an ongoing sacrifice. The controversial text in John 6:50 about consuming Christ’s body and blood refers to partaking and belonging to Him. Jesus said earlier in that discourse not to labor “for the food which perishes, but for that food which endures to eternal life, which the Son of Man will give you” (John 6:27).

The priests in the Old Testament were encouraged to marry, but Catholicism encourages celibacy. 1 Timothy 4:1-3 says that in latter times some will depart from the faith by forbidding to marry and commanding to abstain from certain foods.

God calls qualified men (elders) to lead the church in submission to Christ, not one central power (cf. 1 Tim. 3). One of the qualifications of a leader is to be the husband of one wife and to lead his home well. 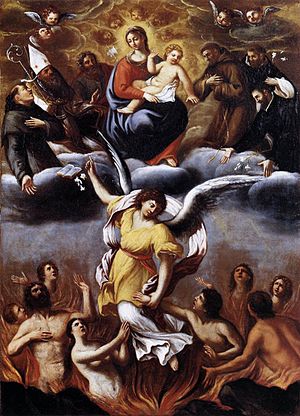 The priest I interviewed suggested purgatory is the best way to deal with shame and guilt. But Acts 3:19 states otherwise, “Repent and be converted, that your sins may be wiped away, that times of refreshing may come from the presence of the Lord.” Peace is a byproduct of repentance—having Christ as Lord and Savior. No additional penalty or purging remains. He paid the full price.

Catholicism teaches that good works help to maintain our righteousness before God. But the Bible says that we are justified because of Christ’s work on the cross. There is nothing additional to work for. We “work out” our salvation with fear and trembling (cf. Phil. 2:12b), but we don’t “work for” it, nor do we maintain it.

When my mother was 12 years old and Catholic, she lost her father in a car accident. She recounts nightmares of struggling to pull her father from hell. Did he die in a state of sin without confession and penance? Was his fate sealed? The Bible says if we confess our sins to God that He will forgive us and purify us (cf. 1 John 1:9).

Many speak of feeling tremendous guilt and anxiety for this very reason—did they do enough? The Bible is clear: As believers, we can stand before God because our sin debt is paid in full—no intercessor, mediator, penance or work can add to Christ’s complete work. Repentance, obedience and full surrender is what He asks.

True peace comes from a true relationship with Christ. Do you have peace? Do you truly know Him? “If you confess with your mouth the Lord Jesus and believe in your heart that God has raised Him from the dead, you will be saved” (Rom. 10:9).

Protestant or Catholic, you don’t want to live your life with a question mark here.