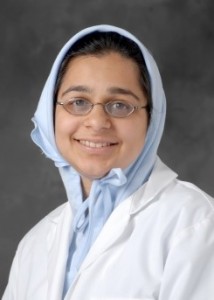 Dr. Jumana Nagarwala, arrested Wednesday for allegedly mutilating the genitals of young Muslim girls, was an emergency-room doctor at Henry Ford Hospital in Detroit. She allegedly performed the grisly procedure at her office in Livonia, Michigan.

A Detroit physician was arrested earlier this week for performing the grisly practice of female genital mutilation on young girls in a first-of-its-kind case prosecuted in America.

Dr. Jumana Nagarwala, a Muslim physician and native of western India, performed the procedure, described as “barbaric” by U.S. Justice Department prosecutors, on girls ages 6 to 8.

At least two of her small victims were brought from Minnesota by their parents to have the procedure done. Minnesota, like Michigan, has a large population of Muslim immigrants who would seek out this procedure for their daughters.

By most media accounts of the case, however, one would never know where female genital mutilation gets its inspiration.

Articles by the New York Times, the Detroit News, the Times of India, Washington Post and even Fox News, reported on the arrest without giving a single mention of the fact that the doctor is Muslim. The words Muslim, Islam and Shariah never appear in their articles.

Some of the most ardent women’s rights organizations in America have also been silent on the issue for years, even though the Centers for Disease Control has warned that more than 500,000 girls in the U.S. are at risk of having the painful procedure forced upon them.

Even when the media does report on FGM, as in Thursday’s reports, the tie to Islam is notably absent. This, despite the clear evidence that “female circumcision” is part of Shariah law, says a former top Shariah lawyer from Iran who authored a book about sexuality in the Islamic culture.

Daniel Akbari says the Obama DOJ did nothing to put obstacles on the path of Islamization of this country and that includes its reluctance to prosecute doctors who perform FGM. The arrest Wednesday of Dr. Nagarwala was the first such arrest under federal law in U.S. history.

Sharia comes from Quran, the hadith, and the consensus of scholars, and one of the components of extreme Sharia is female “circumcision,” says Akbari, author of “Honor Killing: A Professional’s Guide to Sexual Relations and Ghayra Violence from the Islamic Sources.”

Islamic scholar Sahih al-Bukhari is the source of the circumcision rules in the Islamic hadiths, Akbari said.

“Sahih is the same source for men’s circumcision. Nobody challenges the source,” Akbari told WND.

“One of the most extreme forms of Shariah law, regarding family, is to surgically remove the girls’ clitoris. Muslims call it female circumcision and Westerners consider it to be female genital mutilation,” he explained.

The sunna, which is another term for the hadith, consists of the reported words and deeds of Prophet Mohammad and is considered obligatory for every Shariah-compliant Muslim.

“The Quran commands that whatever Allah and his messenger have forbidden or have commanded must be part of Islamic belief and practice. The fact female circumcision appears in the authentic hadiths means it is required in Shariah,” Akbari said. “It is against Islam to believe the Quran is the only and complete source of Islamic belief and practice. Without the hadith and ijma [consensus of the scholars] Islam is incomplete.”

In a hadith reported by al-Bukhari, narrated Abu Huraira:

The original Arabic word for circumcisions, al-Khitan, is plural and refers to genital parts of both man and woman. 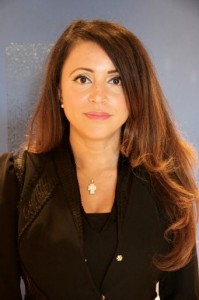 Another hadith reported by Al-Tirmidhi says:

These hadith are the same source used for male circumcision. The purpose of FGM is to reduce or eliminate a woman’s sexual pleasure, so they don’t become tempted to fall into Satan’s trap of adultery or fornication, Akbari said.

Congress passed a law banning female genital cutting in 1996, and that law was amended in 2013 to outlaw what is sometimes referred to as “vacation cutting,” or transporting a girl overseas to carry out the procedure. The procedure is not illegal under 26 states including Michigan, so the only way Dr. Nagarwala could have been arrested and charged was through the U.S. Department of Justice, headed by new Attorney General Jeff Sessions.

As a senator from Alabama, Sessions often made statements about the rising number of American women at risk of FGM, comments that were mostly ignored by Democrats.

Leftists try to spin FGM as problem that includes Christians

A CDC report in 2012 found that approximately 513,000 women and girls in the U.S. were at risk of undergoing female genital mutilation, which was more than three times higher than an earlier estimate based on 1990 data. This spike corresponds to the increase in Islamic migration to the United States between 1990 and 2012.

But the media are now in full cover mode for Islam.

BuzzFeed, a left-of-center news site, reported Thursday that 200 million girls and women “in certain Christian and Muslim communities worldwide” are at risk of FGM.

This is a bizarre statement meant to get Islam off the hook for its Shariah rules, said Nahren Anweya, an Assyrian Christian whose family came to the U.S. in 1989 to escape Islamic persecution in Iraq.

Anweya, who now lives in the Detroit area, said that while many try to make FGM out to be a cultural phenomenon associated with countries in the Middle East and  Africa, the practice does not voluntarily occur in Christian families in these countries.

“Living in Iraq, young female marriages were very common. Islamic extremists forcefully marry young Christian girls who were hostages as young as 4 to 6 years old. Genital mutilation is not common in Iraq but we would definitely hear about these types of atrocities among the Muslims from Africa and the extreme levels of this ideology is spreading,” she told WND.

“This ideology expresses that it is unacceptable for women to enjoy sexual intercourse with her husband and that they believe it prevents women from committing adultery even though it’s acceptable for a man to have multiple women,” Anweya said. “We have heard of young girls being forced into this and many of the girls have escaped their entire village to avoid the brutally painful procedure.”

In Africa, the procedure is typically performed in a camp or house without any anesthesia.

“I’ve heard of stories where some girls have actually passed away from this when the procedure was incorrectly performed and they bled to death as children,” Anweya said. “It’s psychologically and physically traumatizing to a child and their lives are ruined. Not only should women’s rights activists be all over this topic but human rights activists. Where are the thousands of women protesters who were flaunting their pro-women signs in Washington D.C? I consider this one of the worst anti-women and anti-children violations in our country. If we allow this type of extreme procedure then we are giving groups like ISIS a green light to brew in our country.”