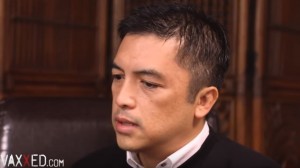 The VAXXED film crew recently interviewed Dr. Anthony Phan in California. Dr. Phan escaped from Vietnam in the 1970s when he was 8 years old. He was separated from his parents and escaped on a fishing boat along with his 2 year old brother.

Making it to the U.S. as a child refugee, Dr. Phan testifies that God led him through college and medical school, and he went on to become a medical doctor at Johns Hopkins.

Dr. Phan talks about how his mentor at Johns Hopkins taught him about the importance of the Hippocratic Oath to “do no harm.”

His mentor also reportedly stated to him:

Either #1 you retire and get out, because it is back to being controlled again, back to where I escaped (from Vietnam) in 1975.

Dr. Phan explains that his experience with vaccines began in 2000 when he did his fellowship in Integrated Medicine. He was taught to question the practices of “conventional” medicine that are wrong.

He was practicing in geriatrics at the time, and he noticed that every time he gave the flu shot to his older patients, they would get very sick.

They would get very sick with upper respiratory tract infections, some would get pneumonia, and some would be admitted to the hospital and die.

So he stopped giving flu shots after 5 or 6 injections.

He knew something was wrong. He began doing his own research into vaccines, and encountered the evidence of fraud within the CDC.

He then began looking at what he calls “real data” that was not controlled by the CDC. He challenges the 300,000 plus physicians in the United States to watch the documentary VAXXED.

In a very touching point of the interview, Dr. Phan apologizes to Polly Tommey who is doing the interview, and is one of the co-producers of the VAXXED film. With tears in his eyes, he apologizes to her on behalf of the medical community, because Ms. Tommey has a 20 year old vaccine injured son.

Watch the entire interview at https://youtu.be/-3eQMI3cDKM