Telling your mainstream medical doctor that you’d like to forfeit chemotherapy and instead adopt an organic lifestyle full of juicing and raw nutrition to treat your own cancer could lead him or her to label you as ‘insane’, but it could also save your life. In the case of one man with stage 3 colon cancer given a 60% chance to live for a maximum of five more years under chemotherapy, he decided to forfeit chemo and venture into a natural health lifestyle only to be more than satisfied 9 years later. 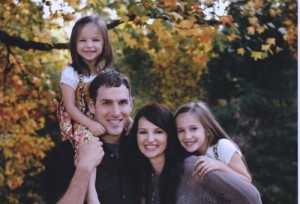 At 26 years of age, Chris faced a nightmare scenario that he simply did not know how to face. After a visit to the oncologist, Chris was diagnosed with stage 3 colon cancer — and it had spread far beyond the colon itself. In addition to carrying a tumor the size of a golf ball in his large intestine that was continuing to grow, Chris’ cancer had spread to his lymph nodes. And it all happened two weeks before Chris was preparing to celebrate Christmas with his family.

This is the point in which mainstream doctors pressure patients into immediate and expensive action, decrying ‘alternative’ therapies as baseless and downright dangerous. For Chris, he faced the exact same scenario. At first, he succumbed to the wishes of the doctor and decided to go in for surgery.

He was then given a 60% chance to experience up to 5 years more of his life, a life which included his wife and children. This is particularly strange as chemotherapy is not generally even used for such cancers, but for whatever reason Chris’ doctor was pursuing it. At this point, Chris had enough. Doing his own research into the reality behind cancer’s formation and alternative options, Chris told his doctor that he was going to give the route of natural health a chance. A route that puts nutrition and lifestyle far ahead of medical intervention, documenting how nutrition is actually at the heart of virtually all disease.

This was simply unacceptable to Chris’ oncologist, who at one point had told him it really didn’t matter what he ate after his initial surgery (and he was actually served Sloppy Joe after the surgery). Chris was labeled as a nutjob by the doctor, who discounted the natural route as nothing more than a joke. Because after all, diet plays no role in the health of the body, right?

Nine years later, Chris is now alive and healthy with his wife and two daughters thanks to his rigorous natural health lifestyle and raw food diet. His story has been seen by thousands on Youtube, and most recently has gone viral on the GreenMedInfoTV website. In his own words from his blog:

“The human body is intelligently designed to heal itself, and given the proper nutrients and care, it will. Despite what doctors may have told you, you have options. You have the power to transform your health. If I did it, you can too!”