After diplomatic efforts by the Italian government, the family arrived safely this morning in Rome 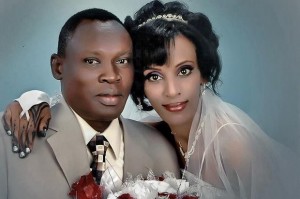 (WNS)–Meriam Ibrahim and her family have arrived safely in Rome, ending a year-long effort in Sudan to put her to death for her Christian faith.

“This is a day of celebration,” said Italian Prime Minister Matteo Renzi, who welcomed the family at the airport on Thursday.

Ibrahim’s release came only hours after the U.S. House of Representatives held a hearing to highlight the stalled efforts to get her out of Sudan, but the wheels were already in motion before the proceeding began. Sudanese authorities gave Ibrahim back her passport on Wed., July 23, and told her she could leave, shortly before Lapo Pistelli, Italy’s deputy minister for foreign affairs, arrived in Sudan to accompany her back to Italy. Italy’s effort illustrated the kind of advocacy lawmakers said was lacking from the Obama administration.

Others had advocated for Ibrahim’s release as well. American pastor Bill Devlin traveled to Sudan last week to urge Sudanese officials to release the mother and her family. Devlin—a ministry leader who has visited Khartoum four times during the last several years—said he met with Foreign Minister Ali Karti and other Sudanese leaders during his six-day visit.

He also met with Ibrahim, her husband, and their two children in a conference room at the U.S. Embassy in Khartoum, where the family had lived since Ibrahim was re-arrested at the airport in June. In a phone interview on Wednesday (before news of her release broke), Devlin said the family was eager to leave Sudan but seemed healthy and in good spirits. He also said a pediatrician had advised Ibrahim’s infant daughter appeared healthy, although the baby would need further tests to assess her health. After her release from prison, Ibrahim said she feared the baby might be disabled due to the circumstances of her birth.

After her sudden release on Wednesday, it was unclear how the next steps in the family’s journey would unfold. On Thursday morning, the family met with Pope Francis at his residence at the Vatican. They may soon travel to the United States. Ibrahim’s husband, Daniel Wani, is an American citizen and a long-time resident of Manchester, N.H.