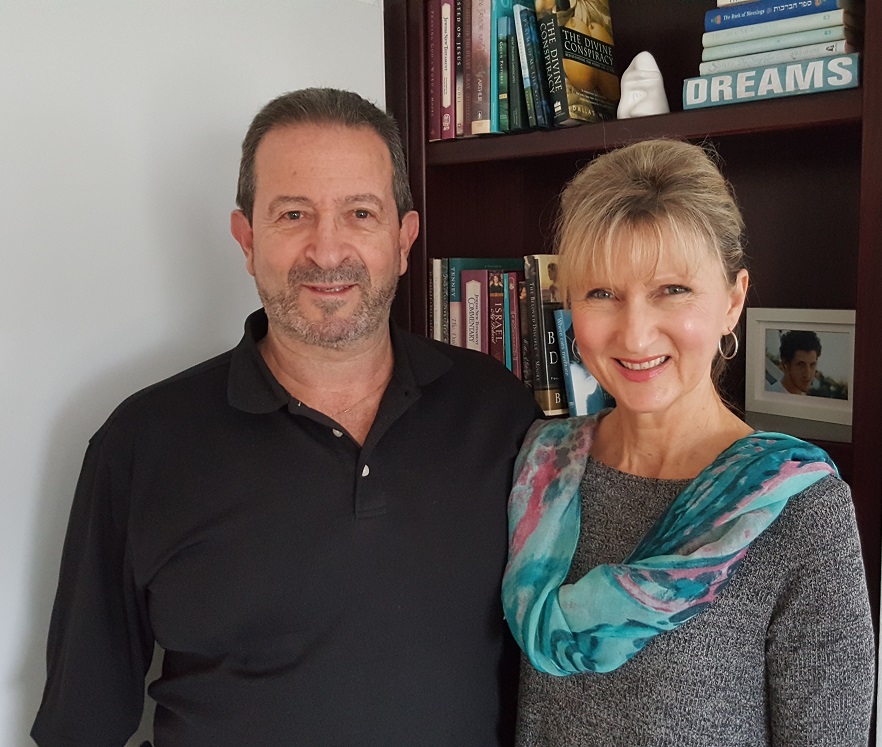 UNITED KINGDOM (ANS) — Israeli believers in Jesus are to mount a public relations blitz to stop Ultra-Orthodox and Orthodox Jews preventing Messianic Jews immigrating to the land of their forefathers.

They are to hire a public relations firm in an attempt to halt the large numbers of Messianic Jews being unfairly prevented from settling in Israel.

Messianic Jew David Silver, who heads Haifa-based Out of Zion Ministries (out-of-zion.com), explained: “Many Jewish believers in Yeshua (Jesus) who are active in aliyah (immigration) are agreed that the time has come for us to take action to change the way we are viewed by the Israeli public; that it is time for the Jewish Israeli public to understand that we are still Jews, and thus prepare the way for a revolution and in Messianic Jewish Aliyah.

“To change the way a whole society relates to a very sensitive subject is a huge undertaking and can only be accomplished with much prayer and the favor of the Lord.”

It is estimated that there are around 10,000 to 20,000 Messianic Jews living in Israel. The numbers have risen from a meagre number since the 1967 Six Day War in which Israel gained possession of Judea and Samaria (West Bank) in a defensive war against Egypt, Syria and Jordan.

The rise in numbers is in part fulfilment of Ezekiel 36:24-26 which states: “For I will take you from the nations and gather you out of all the countries where I have scattered you and bring you into your own land. Then I will sprinkle clean water on you and you shall be clean: I will cleanse you from all your filthiness and from all your idols. I will give you a new heart and I will put a new spirit within you. I will take out the heart of stone and give you a heart of flesh.”

David Silver became a Jewish believer in Jesus after his wife, Josie became a born-again Christian. He began studying the Scriptures to prove her wrong but instead became a convinced believer. The couple, and two sons, left their native New Zealand for Israel in 1992 to work for the Lord. David travels the world telling churches what God is doing in His Holy Land.

In his latest e-mail newsletter David explained: “God is bringing His Jewish people home to their Promised Land. In modern Hebrew it is called aliyah — ascending to the land.  As this incredible and miraculous physical restoration takes place, it is changing world history and is connected to many things all true believers long and pray for — the spiritual restoration of His people; the pouring out of God’s Spirit on Israel and on the nations; a worldwide spiritual awakening and the very return of Messiah Yeshua (Jesus). 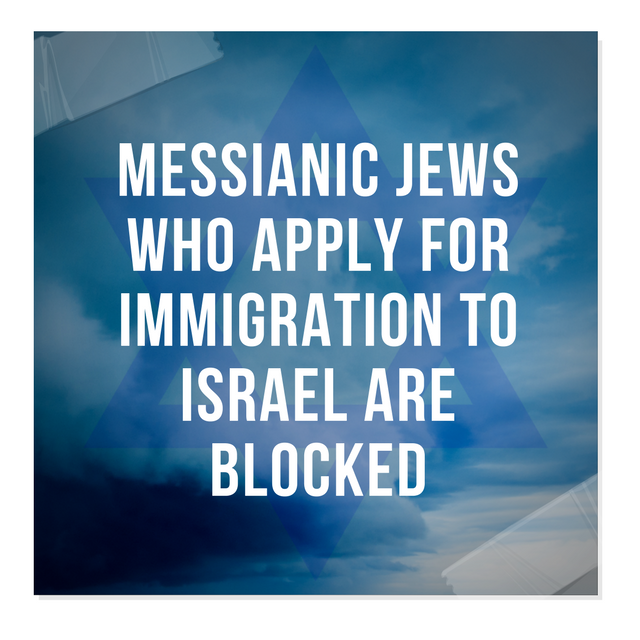 “However, there is problem here. The very people God most wants to come home — Jewish believers in His Son Yeshua — are being systematically excluded from making aliyah. The root cause of this goes back almost 2,000 years. During much of that time the Jewish people have experienced discrimination, persecution, inquisitions, pogroms and finally the Holocaust, from so-called “Christians,” and even from the Church itself.

“There is a deep wound in the Jewish soul concerning Yeshua and His followers. Because of this horrible history, most Jewish people in Israel (and world-wide) are under the misconception that Jewish people who believe in Yeshua are traitors to their people, and at the very least that they are no longer Jewish. This allows certain government and legal entities to justify excluding them from making aliyah.”

He added: “We believe the best practical strategy is to work with a professional public relations firm in Israel to insert positive stories in Israeli Hebrew media (newspapers, television, radio and internet) about Jewish believers in Yeshua.

“Our desire is to find those that relate to this and understand how vitally important it is to all of us who believe in Yeshua, finding those who will commit to praying on a daily basis if possible to enable us to have the breakthrough we are believing God for. We are trying to break down gates of iron almost 2,000 years old.

“This is the word we are standing on Isaiah 45:2 – 3: ‘I will go before you and make the crooked places straight; I will break in pieces the gates of bronze and cut the bars of iron. I will give you treasures of darkness and hidden riches of secret places.’”

Messianic Jews (Messianics) have struggled for decades to convince fellow Israelis that they are Jewish. Their arguments have been met with hostility or skepticism.

An opportunity to change this perception has arisen after the Jerusalem Post’s Editor-in-Chief Yaakov Katz wrote about Israel’s four main streams of Judaism — Orthodox, Conservative, Reform and Reconstructionist.

Terri and Eric Morey, of Israel’s Aliyah Acton Council, wrote to the newspaper explaining that there was a fifth strand, Messianic Judaism.

The English-language daily newspaper, formerly the Palestine Post, printed Terri’s letter headlined “We are still Jews!” in full. The Post has a circulation of 50,000 and sees some three million visits a month to its website. It also prints a Christian edition which circulates worldwide.

For Messianics being simultaneously Jewish and believing in Jesus as the Messiah is biblical and logical.

Centuries of Christian persecution of Jews, and forced conversions to Christianity, have resulted in a deep-seated fear and suspicion of Jesus’ followers among Jews.

“I’ve been living here (Israel) for 33 years and I don’t remember reading anything in the secular press that would let us (Messianics) say who we are,” Terri told her local newspaper, Kehila News. She said that if Jews studied their Bibles “they’d see it’s the truth.” 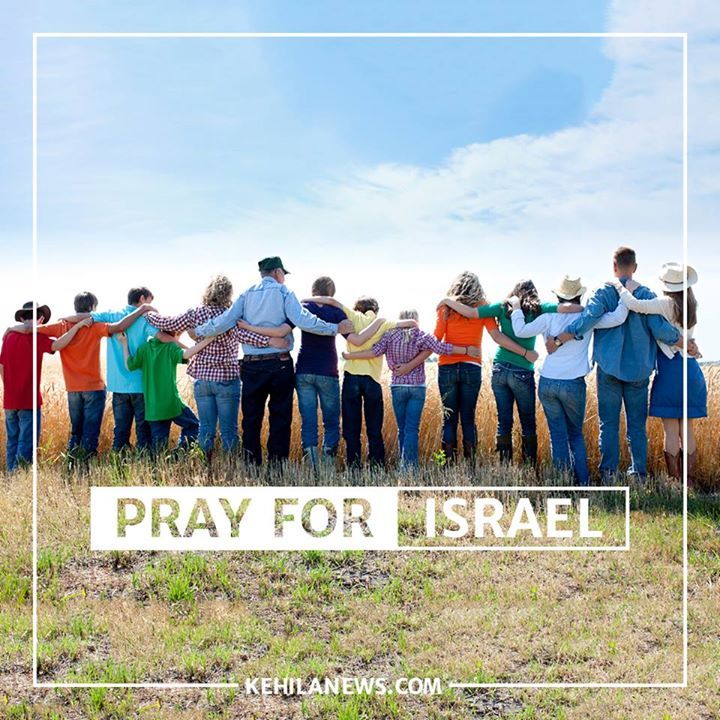 Messianics believe that Israel is the homeland for all Jews and doesn’t belong to one Jewish denomination or stream.

Terri believes that God has answered prayers to counter in a public forum the notion that Messianics are not Jewish.

Most Israeli Jews accuse Messianics of deserting them. But Terri says: “We haven’t stopped being Jews – and that’s what we want to communicate.”

With a platform in the Israeli media, Messianics hope and pray that their actions will raise awareness in the fact that Jesus really is the Jewish Messiah.

The Moreys are, originally from the United States where there are 100,000 Messianic Jews. Terri was raised a secular Jew while Eric was a non-religious Gentile. The couple separately became believers and immigrated to Israel in 1983, settling in the Tiberias area.

The couple belong to the Kehilat Poriya, a community of about 40 believers and part of the country’s Tents of Mercy network (tentsofmercy.org).

They currently produce Hebraic roots calendars, an offshoot of the Galilee Experience business they founded in Tiberias in 1991.

Terri said: “Certain people have concluded that when a Jewish person believes in Yeshua as the Messiah, he or she is no longer Jewish. This is absolutely wrong. If you ask any Messianic Jew if he or she is Jewish, that person will say: ‘Of course I am. I was born Jewish and I will die Jewish.’ I believe in a Jewish man who fulfilled the prophecies of the Jewish Messiah from the Jewish scriptures. The idea that this makes me a non-Jew is absurd.“ 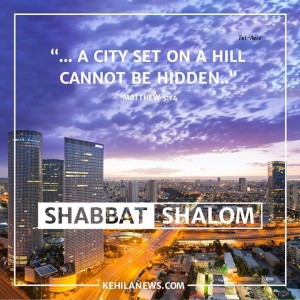 Please stand with the Messianic Body in Israel and pray into these specific points:

1) That the right public relations firm will be chosen.

2) That the Israeli media will be receptive to positive stories of Jewish believers living in the land and seen to be making a difference.

3) Messianic believers will be given Divine appointments with men and women in positions of influence, causing them to back their appeal to change the status of who is a Jew, and to correct the wrong impression that accepting Yeshua as Messiah changes your religion.