(WNS)–The Pentagon paid for a sex change surgery for a transgender military member last week. The head of the Defense Health Agency signed a waiver for the surgery on Nov. 13, and it took place on Nov. 14, according to Defense Department spokeswoman Dana White. She said the surgery was approved because the service member had already begun a “sex-reassignment course of treatment,” and so the surgery was deemed medically necessary. The surgery was done in a private hospital and paid for by the military’s health coverage. 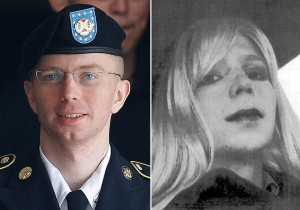 The announcement came weeks after a federal judge in Washington halted a ban signed in August by President Donald Trump on transgender people enlisting in the military. At the time, Trump also directed Defense Secretary Jim Mattis to stop taxpayer-funded sex change surgeries except in cases where it was necessary to protect the health of an individual who had already begun treatment. U.S. District Judge Colleen Kollar-Kotelly, who issued the preliminary injunction in October, said she did not have jurisdiction to rule on the issue of taxpayer-funded sex change surgeries because the plaintiffs did not establish they would be impacted by that prohibition.

Eight transgender individuals, both active-duty military members and military academy students, sued the administration in August. Their suit is still pending, though Kollar-Kotelly said in her decision that they are likely to win. The Trump administration has not said if it will appeal the injunction.

“At a time when growing foreign threats are stretching our military’s resources, our priority should be on maintaining military readiness and directing taxpayer funds towards mission-critical purposes,” Heritage Foundation analysts Tom Spoehr, Emilie Kao, and Ryan T Anderson wrote. “Respecting the dignity of all people does not mean subjecting taxpayers to the tremendous medical costs of sex reassignment and allowing the enlistment of individuals whose resilience to the rigors of combat is uncertain.”