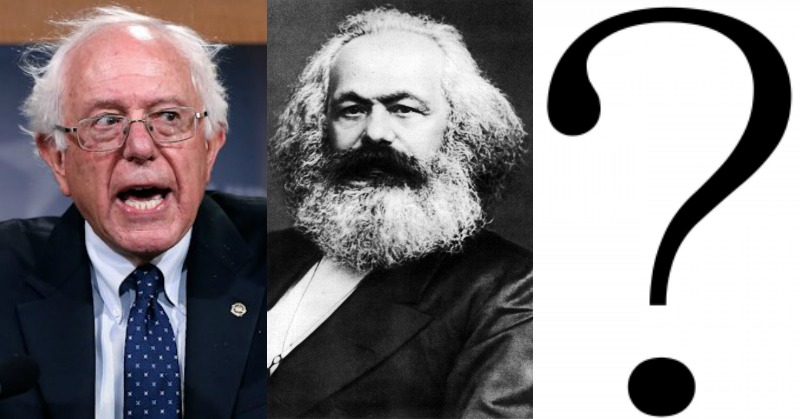 What a week! One thing is clearly demonstrated by this election, we are a deeply divided nation. There are two groups, those who produce, and those who take from those who produce. And sadly it appears that we are almost evenly divided.

“A new report on Americans’ attitudes toward socialism says that statements of Karl Marx have more support among millennial than what the Bible says about work and people’s right to eat. Asked if they agree with what Marx said, “From each according to his abilities, to each according to his need,” 64 percent of millennial said, “yes,” but only 53 percent said they agree with the statement in the Bible that “if any would not work, neither should he eat,” according to a new poll by YouGov and the Washington, D.C.-based Victims of Communism Memorial Foundation.”

We have seen how the Hollywood and entertainment elites are disgusted but how many of them have done what they promised and left America? We’d be better off without them. They believe they are our superiors when the reality is the other way around. 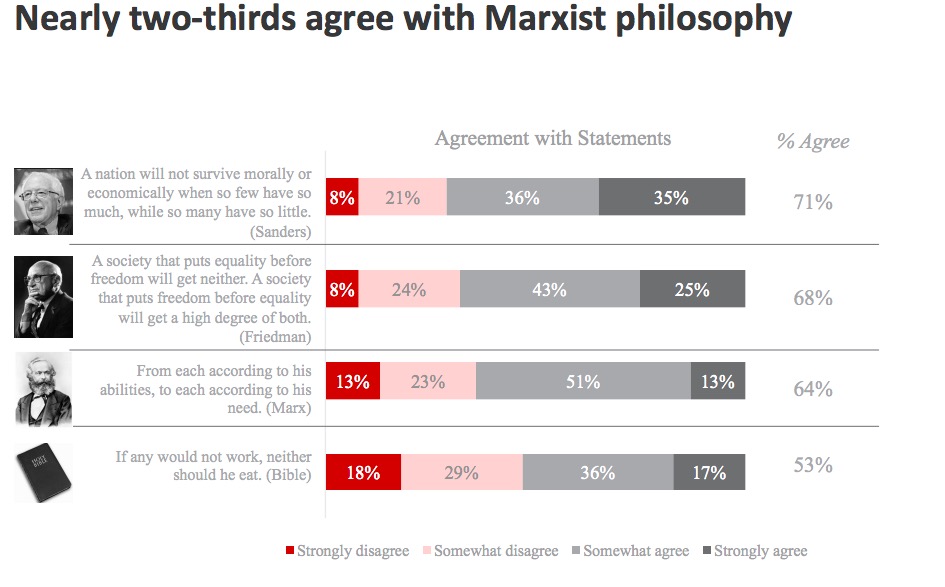 We see now how angry and even violent the liberal progressive left turns out to be. Does anyone remember riots after Obama’s first election in 2008? It has also been reported, that some universities are offering counseling and safe spaces for students emotionally debilitated by the election results. I guess it has incapacitated their professors as well, who had to cancel their classes. One thing is apparent, the Marxists own the urban areas of our country; the more densely populated the more Marxist. Yet, cities are where you find the greatest failures of those marxist policies. Just consider Detroit, once one of the wealthiest cities in the world that is until marxists were elected and began to give away the wealth of those who worked for it to those who would not work. Today Detroit is the sobering picture of the future of any society that is foolish enough to actually implement that system of government sponsored plunder known as marxism.

This election tells us that we are in the midst of an ideological war over this question: what is the purpose of civil government?  Is it a system of legalized plunder where the producers are robbed by those who won’t work, or is it a government which is focused on protecting God given rights which includes property rights. 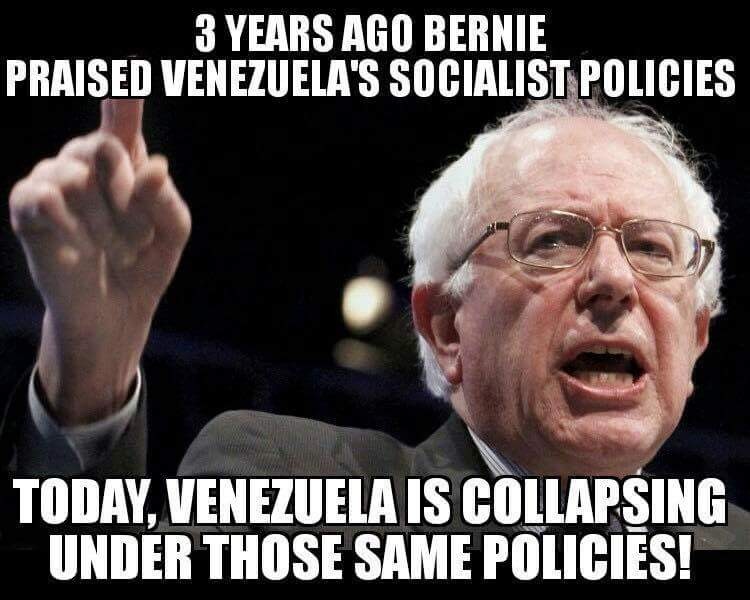 The key issue is this; what has God our Creator ordained human civil government to do, and what has He also restricted it from doing.

Some time ago I read the excellent book “Toward a Theology of Taxation” and it surveyed everything the Bible says on the subject of taxation. It is interesting to see God’s design in the Hebrew Republic. The civil government is small and does only a few things leaving the other two God ordained institutions, family government and church government, to do all the other significant tasks in society. Thus taxation was very small, everyone paid exactly the same amount regardless of their income or their assets. Now folks will tell us that such a society is impossible, a dream that could never be fulfilled in this world. I find it odd that people make that assertion for it was the case in early America.

When Alexis de Tocqueville visited American in the 1830’s one of the surprises for him was how small and nearly invisible civil government was. What he was witnessing was the blessing of a society where people by and large were self-governed ordering their lives by the Word of God, where family government was vibrant, raising godly children who would fulfill their roles as godly contributors to society, where the church government was strong fulfilling all its God ordained duties and therefore civil government wasn’t all that important.

Consider just one example – Exodus 20:15 Thou shalt not steal. If people learn God’s Law and order their own self-government accordingly, they will avoid all violations of their neighbor’s God ordained property rights. If the family fulfills its duty of training up disciples of Christ who not only clearly understand the God ordained issue of property rights, they are deeply imbued with a commitment to the protection of everyone’s property rights, not just their own, then the greatest impact will be felt everywhere. Then the Church in turn does its job preaching against every species of violations of property rights in society, thus educating everyone regarding the sacred nature of property rights. Now what job is left to civil government? There will be a few people who slip through the cracks of this full on press to preserve property rights but they will be few and will be such an exception to the overall tenor of society that everyone will despise the thief in their midst, every institution of society will reinforce the sacred value of property rights in how the whole of society responds to the thief when he is exposed.

In such a system the idea of Marxism would be soundly rejected for all would see it is but a thinly veiled attempt to institutionalize legalized plunder. It would find no foothold at all there for everyone’s thinking and commitment would be to eliminate thievery in all its forms.

To those who would say that such a description is fanciful, impossible, and could never be made to work, I simply reply read what Alexis de Tocqueville wrote after visiting America in the 1830’s. In fact it is amazing to see what he recommends to the Legislator. “It should therefore be the unceasing object of the legislators of democracies and of all the virtuous and enlightened men who live there to raise the souls of their fellow citizens and keep them lifted up towards heaven…If among the opinions of a democratic people any of those pernicious theories exist which tend to inculcate that all perishes with the body, let men by whom such theories are professed be marked as the natural foes of the whole people.” So they should put down Atheism at every turn.

When we ask, Does God’s Word give instructions to a society that desires the greatest blessings? Yes it does and there are two primary instructions: Right Worship and Right Living.