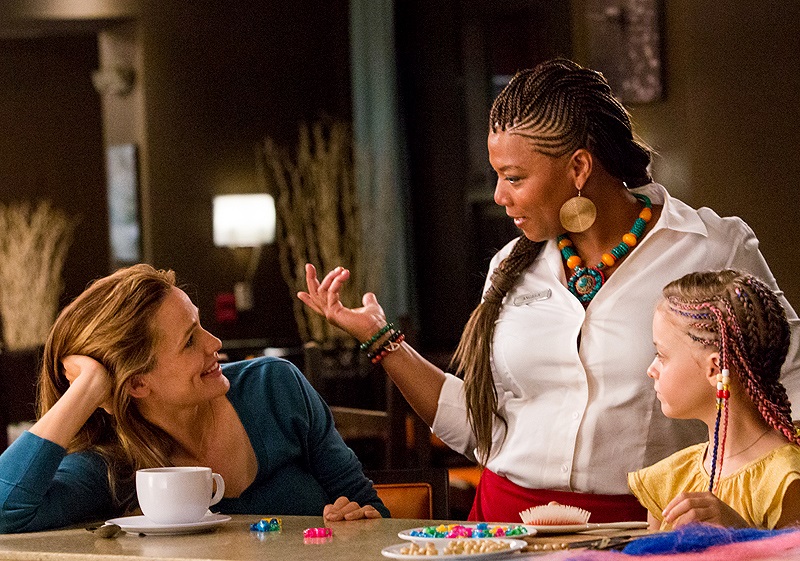 A nine-year-old girl falls thirty feet, lands headfirst, sustains only minor scrapes and bruises, and leaves the hospital the next day.  She says she visited heaven and sat in Jesus’ lap.  Eventually, her chronic, life-threatening illness is gone.

The film (and book) Miracles from Heaven relates Anna Beam’s fascinating story of childlike faith amid agonizing challenges.  Jennifer Garner (Dallas Buyers Club) plays Anna’s mother, Christy (the book’s author).  Queen Latifah also stars.  Patricia Riggen (The 33) directed the Sony/Columbia movie, which differs on a few points from the book.  Details of Anna’s story below are taken from the book.

What if it were you?

Often optimistic and serene, Anna finally feels overwhelmed:  “Mommy … I just want to die and go to Heaven and be with Jesus where there’s no pain.”

Then comes December 30, 2011.  Anna and her older sister, Abbie, climb a tall cottonwood tree at the family farm in Texas.  Unbeknownst to them, the tree is hollow.  A large, dark cavity in its side actually leads to the bottom.  When the branch they are on begins to crack, Anna tries to reposition herself temporarily in the cavity, but plummets headfirst to the bottom, landing in a crumpled heap.

Two fire rescue crews work for several hours seeking response from Anna, improvising a rope harness, and extracting her from the tree.  The hospital ER doctor is amazed Anna has no broken bones; similar falls often bring paralysis, brain injury or death.  Finding nothing wrong with her, hospital officials release her the next day. 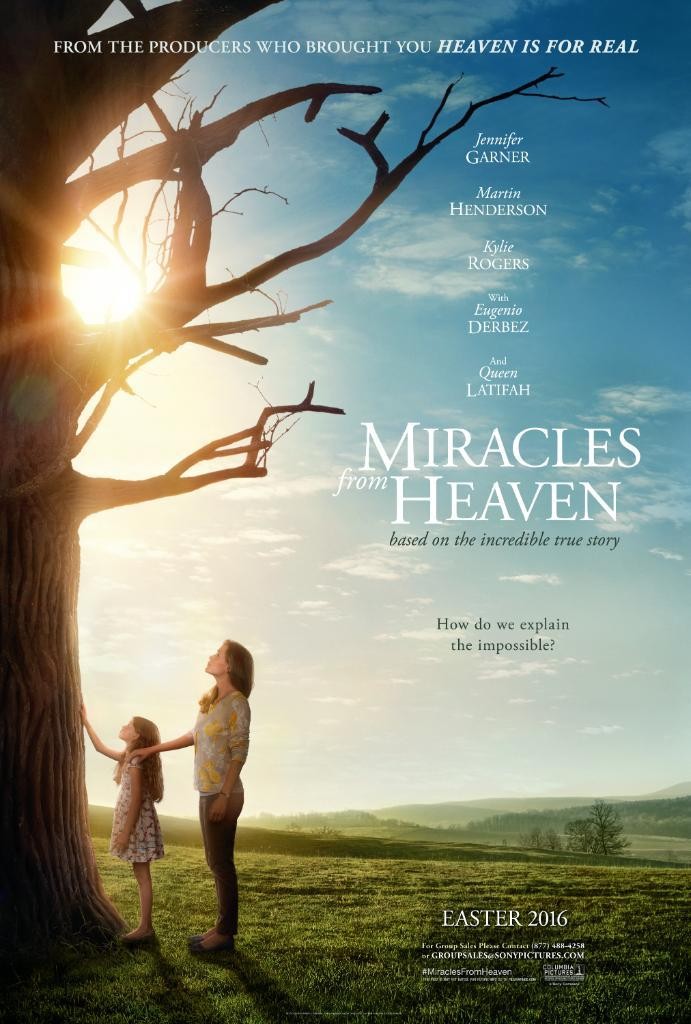 Later that day, Anna confides in her parents, “I went to Heaven when I was in that tree. … I sat in Jesus’s lap.”  She says an angel shone a light as she waited for rescue inside the tree.

Christy discreetly records some notes using her phone.  She and her husband, Kevin, listen intently, careful not to introduce ideas or ask prodding questions, lest Anna feel pressured to embellish her story.

Anna improves physically, emotionally, socially, and academically.  Over time, her chronic symptoms disappear.  She no longer needs her medications.  Medical professionals are astonished.

Christy’s phone notes from the day after the fall have Anna saying Jesus told her, “I have plans for you to complete on Earth that you cannot complete in Heaven. It’s time for you to go back, and the firemen are going to get you out of the tree and when they do, you will be totally fine. There will be nothing wrong with you.”

Did Anna Beam really sit on Jesus’ lap in heaven?  I have longtime personal and professional interest in Near-Death Experiences (NDEs).  My late mother had one.  I’ve written, lectured extensively, and broadcast about them.

Head trauma could have influenced Anna’s perception.  I’ve not researched her lengthy meds list for hallucinogenic possibilities.  Her Christian background might have colored her interpretations.  And she could have seen Jesus, just as she said.

Anna’s NDE-account evidence trail is much stronger than some.  Anna first related parts of her heavenly experience the day after her fall, then a week later on local television, then again some months later to Christy.  Christy took notes as Anna spoke; Anna later confirmed Christy’s written account.  The parents’ strategy of “availability to listen” rather than “nudging to talk” aimed to minimize embellishment.  Evidence exists of Anna’s storytelling consistency over time.

“God only knows” is my venture on this NDE account.  The injury/health evidence seems undeniable.  I’d need to see more research, but some good evidence supports Anna’s NDE report. 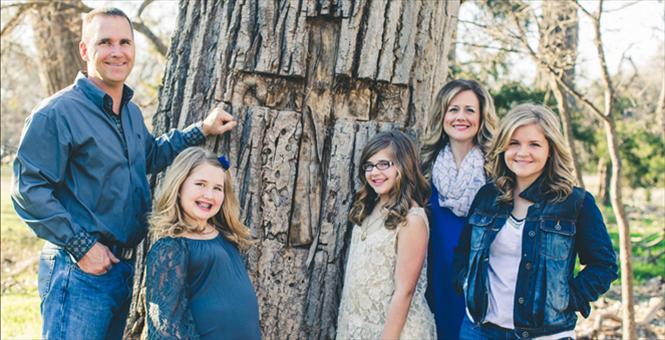 The Beam Family near the Cottonwood tree that Anna fell into

Today the base of the cottonwood tree still stands, but with a significant addition: a large cross Kevin carved into its trunk, “a symbol of both suffering and salvation,” notes Christy.  It reminds her of Anna’s reflection: “God is always there, and He has His own ways of working things out.”