NEPAL (ANS) — On Saturday April 25 at about 12:00 noon, a massive earthquake devastated the tiny nation of Nepal. There wasn’t any part of the country and region that did not feel the big quake. Even Bangladesh, Tibet, Pakistan, and India were affected. Eighty percent of the districts in Nepal recorded deaths and suffering of injured, according to the Himalayan Mt Times (April 27, 2015). 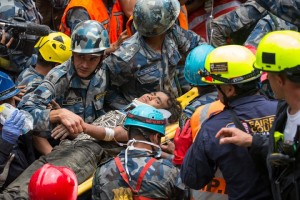 The epicenter was in Central Nepal near Lamjung at 7.9 on the Richter scale. People have reported two epicenters, which has not been verified by the Geological Survey, a second one near the eastern Nepal/Indian border registering 6.7 on the Richter scale happening about fifteen minutes later. The aftershocks soon began at 4.7-6.7 on the scale and continued into the night and throughout the next day.

People all over the region spent several nights outside in fear of aftershocks. In the capitol of Kathmandu many are still living outside due to severe damage or total destruction of their homes.

The capitol city of Kathmandu and suburbs reported the most deaths at 1500, and those injured numbered close to 3000. Total deaths throughout the country are now reported as near 6000 and injured as close to 11,000. Small villages were affected drastically as many are without food, water, shelter and electricity. There is difficulty in reaching the injured in these remote villages.

According to the Kathmandu Post (April 26,2015) most villages suffered many casualties, especially in the eastern part of Nepal, near the Indian border. Specialized search and rescue teams have arrived from other countries and are attempting to reach casualties in these remote areas.

According to UNICEF 1 million children are in urgent need throughout the region as there is a shortage of food, water, electricity and of course shelter. 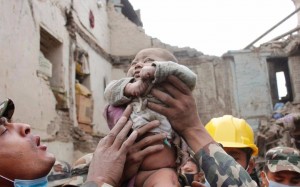 Miracles are taking place as a four month old baby was pulled from the rubble alive after 22 hours! A woman was pulled out after 50 hours, a man after 80 hours and a teenager after five days, all ALIVE!

God’s hand is also being extended by those organizations serving in Nepal long term.

Since 2006 Brand New Images representatives have been serving in Nepal, training pastors, conducting children at risk seminars and bringing hope and healing to widows and trafficking victims and their children. Today several of their workers are missing and others living in the street. Monsoon rains have begun and the nights are cold and wet. People need tents, blankets, emergency food and clean water.

Their director MK Henderson has been in the Himalayan Mountains since September and says: “Many are inquiring about how to help and where to send funds. It is extremely important that the people here see God’s hands extended. We are grateful that aid is coming into Nepal from all over the world. People need to see the love of the God in this relief. That means those of us who live here and reach out are key!”

“I felt so helpless as we began to access our resources to help, compared to the enormous needs of just the believers alone. It costs $75 for a tent and blankets for a family of four. Thousands of families are out in the streets.”

She added, “We are very concerned about the children as their lives are at stake in smaller villages where many were killed and injured. My translator, assistant and social worker’s families are in those villages.” 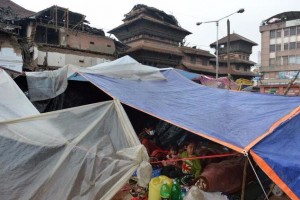 To answer the question as to how to give to a local group that can give long term aid: There are three options:

To watch a video of the earthquake, please go to https://www.youtube.com/watch?v=_gE0UnyA2kI&feature=em-share_video_user

Kathleen Hendricks is a freelance writer and journalist living in SE Asia since 2006. She is also a member of the International Press Association.