By Jonathan Benson
(NaturalNews) A major missing link in the search for what’s triggering a massive spike in autism rates appears to be the world’s best-selling weedkiller, Roundup. Dr. Stephanie Seneff from the Massachusetts Institute of Technology (MIT) has been studying the autism issue for several decades, and her copious research has led her to the almost undeniable conclusion that glyphosate, the main ingredient in Roundup, is a major driver of autism. 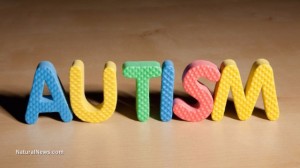 What was once an extremely rare health condition now afflicts roughly 1 in 68 children, according to the U.S. Centers for Disease Control and Prevention (CDC). And if things continue down the current path, says Dr. Seneff, nearly half of all children born in the year 2025 will be born with autism, which can result when the the gut microbiome of humans is destroyed, which depletes the body of needed minerals and can exacerbates the toxicity of other chemicals, including those added to vaccines.

“[The autism rate] has come up from 1 in 10,000 in 1970 — so that is already an incredibly alarming change,” stated Dr. Seneff during a recent interview with Next News Network. “I got worried eight years ago when I was seeing it rising, and people were saying, ‘Oh, it’s just more reporting, more diagnosis’ — that’s a way to hide the evidence.”

Dr. Seneff has been studying the relationship between nutrition and health for many years, having published more than 170 peer-reviewed papers and studies throughout her career. During a recent panel discussion on genetically modified organisms (GMOs), Dr. Seneff highlighted some of her latest research predicting a 50 percent autism rate in 2025, with data showing that the symptoms of glyphosate toxicity almost exactly match those of autism.

“The glyphosate is being soaked up by the plants and getting into the food system, and the U.S. government is doing very little monitoring to even see if that’s true. But the evidence is there from the few research papers that have been presented.”

“Nancy Swanson has data that shows a 0.997 Pearson correlation coefficient between glyphosate usage on corn and soy crops in the United States over the previous four years and the instance of autism in first grade in the American school system, a perfect match,” explained Dr. Seneff.

One of the major problems with Roundup that U.S. regulators are turning a blind eye to is the fact that the chemical amplifies the toxicity of other chemicals. Besides killing off beneficial gut bacteria, which are needed by the body to process food and absorb nutrients, glyphosate makes other chemicals like aluminum and glutamine, which are added to many childhood vaccines, substantially more toxic.

“Aluminum, glutamate, mercury — all of these things are more toxic in the context of glyphosate, and I think this is why the vaccines are being implicated in autism,” said Dr. Seneff. “The vaccines are actually much more toxic today than they were 20 years ago, with exactly the same formulation. The reason is because glyphosate is enabling those chemicals in the vaccine to do far more damage than they would otherwise do.” 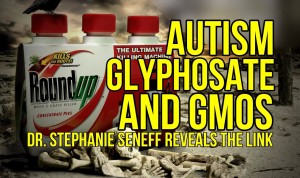 As far as glyphosate’s direct effect on the human body, research conducted by Dr. Seneff and many others has found that the chemical targets detoxifying organs like the liver and kidneys, preventing them from ridding the body of both glyphosate and various other ingested chemicals. Glyphosate also inhibits the liver’s ability to activate vitamin D, which Dr. Seneff believes is largely responsible for widespread vitamin D deficiency.

“[Roundup] is not safe for humans, and part of the reason is that it attacks our gut bacteria… so we have huge problems with disrupted gut these days,” she says. “Celiac disease is something people are very aware of now that hardly even existed — people didn’t even know what it was 10 years ago.”

Glyphosate promotes the formation of allergies

Allergies are another consequence of glyphosate toxicity, as the weed-killing agent disrupts and kills beneficial gut bacteria, triggering inflammation, leaky gut, endocrine disruption and a host of other serious health problems.

“Celiac disease dysfunction, which is a very complex disease, lines up with all the things that glyphosate does,” Dr. Seneff contends. “It allows [harmful] pathogens to overgrow, such as C. difficile… [causing] inflammatory gut, leaky gut, the proteins don’t get properly digested, they get into the bloodstream and cause trouble such as the proteins in gluten and in casein to cause these intolerances.”

Dr. Seneff also warns of other additives in the Roundup formula such as oxylates that aren’t even safety tested. These chemicals, she warns, can cause active ingredients like glyphosate to become up to 1,000 times more toxic than they are in isolation. The synergy between glyphosate and glutamate in the MMR vaccine, for instance, can also greatly amplify toxicity.