Set in the South Pacific a very long time ago, Walt Disney’s upcoming animated film Moana tells the story of Moana Waialiki, a chief’s daughter with a special connection to the ocean. Setting sail on a tiny raft with only a demigod named Maui (Dwayne Johnson), Moana encounters dangers, lessons, and much excitement in this musical tale. Thanks to the animation of several Disney experts like Mark Henn, the story’s beauty and humor is obvious. Just days before the film’s debut, Christian Cinema caught up again with Henn to discuss his faith and work on another Disney hit in the making. 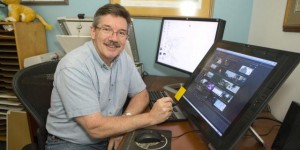 Henn’s work was primarily on the ‘mini Maui’, the tattooed version that shows all of Maui’s achieved deeds. While the sixteen-year-old Moana seeks to save her family from annihilation, Maui’s focus is on exploring his powers and determining what his purpose is in the here and now. Clearly, from the trailers, there is delight to be seen in the way that Henn (and fellow animator Eric Goldberg) drew Maui by hand – and then merged their animation with the voice work of Johnson.

“Anytime we have voice talent set, putting animation to vocal characters and seeing them come to life, that’s what animation is all about,” Henn shared, excitedly. “Maui is just one of many gods in pluralistic Polynesian culture, but he is actually a human rescued by the gods, and given special powers, especially through his hook.”

Henn and Goldberg designed Maui, with each of his tattoos matching a previous accomplishment. Henn said that the tattoo on Maui’s left pectoral was the one which most often comes to life in the film – “It’s the one where he’s holding his arms up in the air like a touchdown” – and he was most delighted by the way Goldberg animated Maui’s figure bouncing from one pectoral to the other in a particular scene.

“One of the things we always strive for is creating a unique world,” Henn shared. “We saw that faith is an important part of the Polynesian world as the team researched and created. It’s interesting to explore those cultures around the world, and for us, we could see how important faith is to that world. They were so excited that we were bringing their story to the world for the first time.” 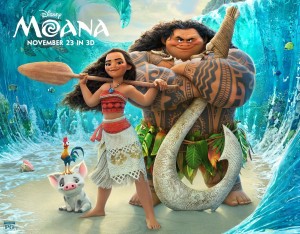 Henn has always felt that his number one job is to do the best job he can because God put him in the position that he’s in. His willingness to share his gift coincides with Disney’s ability to make a film that he hopes will get parents having conversations about faith and truth, about how the incarnation of the word of God happens in the person of Jesus Christ. When I asked him about the lessons that the films teach, as they did in Henn’s previous 2016 work on Zootopia, he said that Disney’s focus remains on entertaining first.

“We’re not out to put one person’s agenda in a movie, but it naturally comes out as the story unfolds,” Henn said. “It’s such a tribute to Disney that we’re making movies that speak to our time as Walt did ninety years ago.”

“It’s fun to know that audiences think about our movies and that people pick up a character to go on a journey with, to identify with, to learn a lesson from, or to be inspired by. We’re creating wonderful family entertainment to let the audience react to. It’s just magical because we don’t always think about or imagine how people will connect. As an artist, there’s nothing more empowering.”

To see how Henn has shared his gift, providing his best work as a testament to God’s power, check out Moana in theaters on November 23.