NASHVILLE (BP) — Half of teenagers and nearly three-quarters of young adults come across pornography at least monthly, and both groups on average consider viewing pornographic images less immoral than failing to recycle. 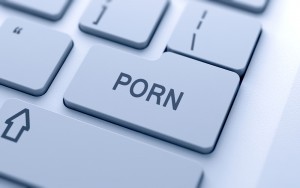 McDowell, a Christian author and speaker, said he is most concerned about the findings related to teens and young adults.

Pastors can help families by teaching about pornography and biblical sexual ethics, McDowell said, and families can help their children by teaching them in age-appropriate ways the biblical model of sexuality by age 6 or 7, just prior to the average first exposure to pornography.

“Pastors and the church need to help parents create such a loving, intimate, safe home environment that [a] child is totally free and comfortable to ask mommy and daddy anything without shame, without judgment,” McDowell said.

Jay Dennis, a leader of Southern Baptists’ anti-pornography initiative, commended McDowell for “the passion, excellence and experience he brings to addressing culture’s number one issue.”

Barna’s study “gives us valuable insight into the impact of pornography on teenagers and older children,” Dennis, co-sponsor of the Join One Million Men campaign, said in written comments. “With more relevant statistical information, we can better communicate the problem. With these statistics, we can qualify what we have suspected: that pornography use is increasing and is becoming normalized. This survey says to every pastor, ‘Wake up!'”

Dennis, pastor of First Baptist Church at the Mall in Lakeland, Fla., is scheduled to speak at McDowell’s April anti-pornography summit.