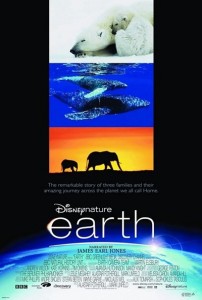 KANSAS CITY, Kan. (BP) — Most people (including me) seldom turn to nature documentaries when seeking DVD entertainment. That’s unfortunate — especially if you have children.

At their best, movies for little ones are about wonder. And with today’s inventive technology, we can enter nature’s wondrous kingdom by way of remarkable camerawork and computer graphics.

So let’s spotlight three remarkable “naturementaries” that will wow each family member with their importance-of-life theme — Disney’s “Earth,” Sony’s “Winged Migration” and National Geographic’s “March of the Penguins.”

The story of three animal families — polar bears, elephants and humpback whales — and their journeys is captured by Disney’s 2007 documentary Earth.

Informatively narrated by the melodious James Earl Jones, the filmmakers never resort to preachy summation. They set the stage for debate concerning global warming and the survival of the planet, but the main objective seems to be the revelation of the perplexity and poetry of nature. For older children, this is a perfect introduction to the miraculous mysteries of life. For adults it can be a reminder that God is sovereign, astoundingly creative and beyond our mortal understanding.

Of course, for very little ones, caution is needed. The film depicts not only life, but death, with representations of both predator and prey. That said, the film never becomes gory. Several “catches” are depicted, but the camera cuts away before the bloodshed is revealed.

Whether the tropical rainforests, Kalahari plains, Mediterranean Sea, Antarctic Peninsula or the Himalayas, you name the hemisphere, Disney’s Earth goes there. Rated G, it should not be missed. 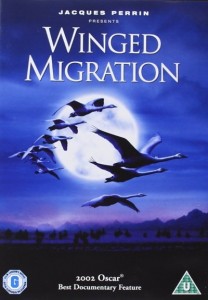 The Oscar-nominated Winged Migration from 2001 is another fascinating documentary, this one released on DVD by Sony Pictures Classics.

French filmmaker Jacques Perrin, who also gave us an extraordinary look at the world of bugs in “Microcosmos” (1996), turns his attention to an array of winged species in this often-breathtaking nature film. Perrin and his team spent four years traveling through 40 countries and all seven continents capturing the migratory patterns of our winged friends. Although I would have enjoyed learning a bit more about why birds do what they do and how they know where to go, the film gives us exceptional visuals. It’s like a come-to-life National Geographic magazine.

As with the film Earth, this one delivers a great family experience. Often, with the use of innovative technology, we are flying next to real birds. It’s as close to soaring with eagles as you’re likely to come. And the vistas and landscapes are stunning. It’s a gorgeous planet we reside on. Winged Migration shows it off.

When a person discussing spiritual matters says, “I can’t believe anything I don’t see,” I bring up the many mysteries of nature. A film like Winged Migration makes us realize there are inexplicable puzzles in our world. I remember sitting in the theater back in 2001, marveling at how God has given nature an ecological order.

Winged Migration is rated G. We do see a few brief violent images, such as hunters shooting ducks while on their journey; also, an injured bird is set upon and devoured by crabs while another baby bird is killed by a bigger bird, but the filmmakers are careful to not be overly graphic. While very little ones might begin to fidget in their seats, there are many visuals that will hypnotize all others.

March of the Penguins 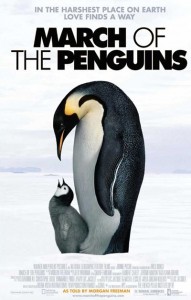 This 2005 release from National Geographic Feature Films treks to the Antarctic to capture the quest that penguins begin every March to find the perfect mate and start a family.

This courtship begins with a long journey — a trek that will take hundreds of the tuxedo-suited birds across 70 miles of frozen tundra to a location where mating begins.

March of the Penguins reveals how instinct is so potent in these creatures that they will risk starvation and attack by dangerous predators, not to mention unfathomable temperatures, in order to bring forth new life. And though it depicts harsh life-and-death struggles, this G-rated adventure does so in quite a family-friendly way.

Narrated by the great Morgan Freeman, March of the Penguins is full of impressive, almost unworldly locations, as well as amazing cinematography. Most importantly, when viewing the film, we are reminded by nature of the sanctity of our lives. As the Scriptures beckon us: “Look at the birds of the air; they do not sow or reap or store away in barns, and yet your heavenly Father feeds them. Are you not much more valuable than they?” (Matthew 6:26)