Mucus, Phlegm, Is This Gelatin, Sticky Substance Friend or Foe?

By Kali Sinclair
(NaturalNews) It’s interesting to read various conventional, medical reports on mucus and find different answers. They all agree that mucus is our friend – unless we are really sick and overproducing it to the point we can’t breathe.

Accounts vary from saying we produce 1 quart, 1.4 quarts, 2 quarts, or a gallon a day. We can safely say we produce a quart or more of mucus a day. This mucus lines our mucous membranes from our nose and sinuses throughout our digestive tract.

Mucus traps the dust, debris, and pathogens we inhale. When we swallow, the mucus passes to the stomach where stomach acid kills the swallowed pathogens. This system works well unless the body becomes overwhelmed by a bacteria or virus. Then the normally runny mucus thickens and we have to contend with a stopped up nose, dripping sinuses, or lung congestion.

The color of mucus 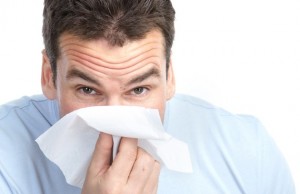 When we become ill, mucus thickens and changes color. First it will change from clear to white. It may then change to yellow, green, brown, or red. Here again, we find differing answers regarding the color of mucus. One bit of good advice is to not jump to a conclusion about the color of mucous if that color could be the result of trapped particles such as pollen.

Many believe thick yellow or green mucus is a sign of infection, with bacterial infection being confirmed by green mucus. Many conventional medical sites claim the color is not at all significant. Several (Web M.D. being one example) explain that the green color comes from enzymes released by nutrophiles, white blood cells that combat pathogens – mostly bacteria and fungi. Which brings us back to the belief that green mucus is a sign of a bacterial infection. The CDC, however, has a vastly different claim for the green color.

How to manage mucus when you are sick

Fluids are essential in managing mucus. Drink lots of water. Even better, make cranberry lemonade with stevia. Your fluid intake is critical to keep mucus from being too thick and from drying out. Take hot showers, use steam (in the sink, a bowl with a towel over the head, or a sinus steamer). Eucalyptus drops in the water work well as an expectorant to help break up mucus and allow you to cough it up or blow it out, as do some herbs (see link below to tincture recipe).

Another option is to use a neti pot to irrigate the sinuses. Be sure to use distilled water, if possible. If not, make sure you boil and cool the water before use. A neti pot simply helps you to run salt water (often buffered with baking soda as well) through the nose and sinuses, hydrating and cleansing the tissues as it aids in breaking up mucus. For more information about the use of a neti pot see the first source, and check the second one for strengthening the immune system. And check out the Herbal Snuff to clear sinuses and the Huff and Puff recipe to make an expectorant tincture).