Muslim father killed daughter and threw her down a well, but Jesus caught her and restored her life

MIDDLE EAST (ANS) – She was born into a strict Muslim family in the Middle East. Because she was born in the Muslim month of Ramzan, her parents named her Ramza.

“I was a religious girl from my childhood,” she told Bibles for Mideast (https://bibles4mideast.com). “I was always in front of the line for the Islamic practices for reciting the Koran, doing prayers five times a day, and fasting on the month of Ramzan.”

She also kept the tradition of wearing the “abaya,” with full head and face covering. 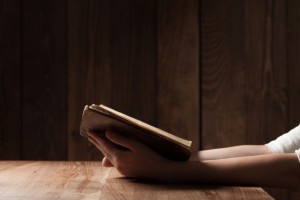 Her family was large, partly due to her father’s three wives who bore 13 children. He generated a substantial income from several trading and contracting companies.

After Ramza completed her education, a former schoolmate surprised her one day by sharing about Jesus Christ. “She was the daughter of a pastor, ministering with Bibles for Mideast. But I never accepted her message and arguments. She gave me a sample gospel (tract),” Ramza said.

After her graduation, Ramza’s father proposed that she marry an older, wealthy man, who already had three wives and several children. Ramza was sickened by the proposition, especially when she realized she would be younger than his youngest child.

One evening she went to meet with her father. “I pleaded with him not to arrange my marriage now, but to send me for further studies. My father denied my request. I argued with him, for I was unable to imagine such a marriage. He did not listen to me at all,” she told Bibles for Mideast.

Tearful and defiant, Ramza told her father she would run away from home before the marriage could take place. Enraged that she would argue or question his authority, he suddenly grabbed a chair and hit her on the head with one of its legs. Ramza collapsed to the ground, bleeding profusely from a broken skull. Her father and stepmother were shocked when they realized she was dead. 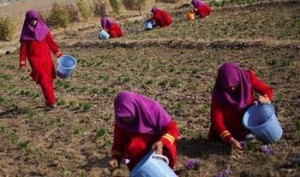 Not wanting anyone to know, they tied up her dead body and stuffed it into a large plastic bag and placed it in the trunk of their car. Ramza’s father and stepmother traveled many miles into the desert until they arrived at a secluded date plantation. They found a dry well on the property and threw Ramza’s body down the shaft.

Somehow – whether in the body or out of the body – Ramza had the awareness that her soul was going into hell, a place of terrible darkness. She felt a deep thirst, but strangely, it was not for earthly water.

Her life flashed through her consciousness and she remembered her friend giving her the Gospel. She tried to reach out to grab ahold of it, but her hands could not touch it. She had the sense that if she could possess it, her soul would find rest “in an amazing garden.”

As her lifeless body hurtled down the well, something incredible happened. There was “a strong, healthy and beautiful man” standing at the bottom of the well. “He caught the sack of my dead body in His hands,” she recounted. Then he proceeded to untie the sack. He placed his hands on her head and back and breathed life into her physical body.

“I opened my eyes like waking up from a dream. I saw the nail marks in His hands,” she says. Immediately she knew it was Jesus, and believed in Him as Savior and Lord. Then Jesus picked the young woman up in His arms and brought her out of the well. He said, “I am the resurrection and the life; he that believes in me, though he were dead, yet shall he live (John 11:25).”

Jesus laid her gently on the ground and Ramza prostrated herself before Him. A torrent of tears and words began to stream out: “Jesus, you’re my Lord and Savior. You were crucified and died for me. You are risen indeed. I am yours. I believe in you.”

She lifted her head to look at Him, but there was no one there. He disappeared.

Now there was a certain pastor and his wife in a village nearby and the Lord said to the pastor in a vision: Arise and go to a date plantation where you will find a young woman who needs help.

Ramza picked herself up, but didn’t know what to do or where to go. “But I was so happy. I was praising and thanking Lord Jesus. Within a few minutes, a husband and wife from Bibles for Mideast came to me. They introduced that they are Christians and the Lord Jesus guided them to me.”

She excitedly shared her dramatic experience with them. They gave her a Bible and brought her to a farmhouse where she could live with five other women.

“They are born again women. They teach me more about the Word of God and we worship Jesus together in our house church.” Ramza works with them at the farm as well as ministering for the Lord.

“I don’t want go back to my parents unless they accept the Lord Jesus Christ,” she told Bibles for Mideast. “Pray for my family members, relatives and all the people of Middle East to be saved,” she said.

“Now I have been born again by accepting the Lord Jesus Christ as my Savior and I have become a citizen of the Kingdom of God.”