Muslims Turning to Christ Through Leading The Way Broadcasts

HEMEL HEMPSTEAD, UK (ANS) — As the world responds to the latest series of Islamic extremist attacks, including in Tunisia where 30 people were killed, one story that isn’t being covered in the media is that Muslims are turning to Christ.

Twenty-one-year-old Hafid* from Morocco believed in jihad and killing anyone who did not follow the laws of Islam.

However, his life was transformed when he started watching Leading The Way’s 24/7 satellite television channel, THE KINGDOM SAT.

“I started comparing Islam with Christianity and found there to be a lot of contradictions between the Hadith (the prophets’ teaching) and the Qur’an. I studied the Bible online. I wanted to tell you that I have decided to follow Jesus.”

After receiving this message, Leading The Way’s follow-up team led him to Christ. 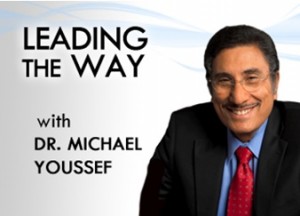 Eighteen-year-old Samar* from Saudi Arabia also turned to THE KINGDOM SATwhen she began to question the teachings of Islam. The horrifying violence of ISIS only reaffirmed her doubts.

At risk of being killed if her family discovered what she was doing, Samar contacted Leading The Way’s follow-up team with many questions she had about the Qur’an, the Bible, and the Christian faith.

After several months of follow-up, Samar shared that she was convinced that Jesus was not merely a prophet, as the Qur’an claimed, but the living Son of God—and she prayed to receive Jesus as her Lord and Savior.

“Now I am ready to die,” she said, “because it’s easy to die for what I’m convinced is the truth.”

“We thank God for many people like Hafid and Samar who have come to know truth in Jesus,” said Leading The Way Founder and President Dr Michael Youssef. “We really need to be praying for these people—their lives are on the line like nothing we’ve ever experienced in the West.”

He added: “As the actions of jihadists continue to cause Muslims to question their faith, God is using the broadcasts and follow-up ministry of Leading The Way to draw people to Christ. You won’t see these stories on the evening news, but God is at work.

“With broadcasts airing in 24 languages, reaching more than 190 countries, God has truly blessed us to be able to do this work—yet there is still so much more to do.”

To find out more about stories like Hafid’s and Samar’s, watch the special Leading The Way broadcast Testimonies of a Timely Mission.

Read more about Islam and Biblical insights on today’s world events in Dr Youssef’s recent book Jesus, Jihad and Peace at www.JesusJihadPeace.com. Learn more about Leading The Way’s Gospel outreach in the UK and in the Muslim world at LTW.org.