My Question for America’s Christian Families 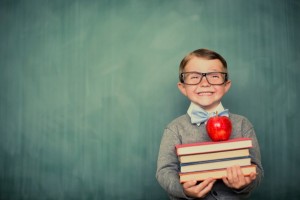 In Luke 6:40 Jesus told us that “A disciple is not above his teacher, but everyone who is perfectly trained will be like his teacher.” Think about that quote and the truth that it holds for a second. We become like the people who mold our thoughts and our habits. It’s human nature. That raises an interesting question, then. Who is doing the teaching?

Earlier this year President Obama put out a directive telling America’s public schools to make restroom accommodations for transgender students, potentially leading to lawsuits or withdrawals of funding for schools that don’t comply. Now, for this school year, Charlotte, NC schools have taken that so far as to recommend that schools no longer use the terms “boy” or “girl.” And, of course, it’s being touted as an anti-bullying measure, which has been the (expressly declared) tactic used for reform by sexual progressives in school administrations for 20 years now.

Folks, the stories are out there. I could dig up dozens of these (which I did, for my book). You’ve heard them, I’ve heard them. These things have been happening for years, whether it’s the normalization of sexual perversions, the teaching of atheistic, anti-God material, bans on student-to-student evangelism, or anything of the sort. It’s become pretty obvious at this point that another story of an educational world gone crazy isn’t going to change many more minds. Instead, I want you to remember what Jesus said, that the student (or disciple) who is perfectly trained will end up like his teacher. Look at the dropout rate for America’s Christian youth, the numbers on how many Christian young people are abandoning biblical morals, and the abysmally low view Millennials have of the Bible. The students of American Christian families are becoming like their teachers.

And yet every year I watch as Christian parents lament the direction our country is going – including the direction of the schools – and every year I see the same back to school pictures, perpetually reminding me of that quote about the definition of insanity. I just don’t get it. I have to ask –

What is it going to take?

What is it going to take for us to realize that American schools, both in their administrations and in their student bodies, are hostile to Christianity?

What is it going to take for us to see that education has long been considered one of the most effective tools for changing a society and was specifically designed to do so in this country?

What is it going to take for us to realize that the staggering youth dropout/disconnection rate in our congregations can’t be separated from public education?

What is it going to take for us to wake up to the fact that triumphantly saying “We’re still allowed to say a prayer before school sporting events” reveals just how small a part we’re okay with giving God in education?

What is it going to take for us to realize that if we all admit that American schools are anti-God, yet we all still claim that “our community’s schools are different,” we’ve created a logical impossibility?

What is it going to take for us to realize that re-training kids’ minds at home after sending them to school (the best thing public school parents can do) is still merely the equivalent of letting your kids drink poison every day because you try to consistently administer the antidote?

What is it going to take for us to start looking for alternatives or doing everything possible to reverse public education’s effect on the home when alternatives aren’t feasible?