“The very definition of the chaplaincy was at stake here, so I am relieved to see the Navy’s response,” Lamborn said. “Appointing a secular-humanist or atheist chaplain would have gone against everything the chaplaincy was created to do.”

More than 40 members of Congress signed a letter urging the Navy to deny the appointment of Dr. Jason Heap to serve as a non-religious chaplain.

“The installment of an atheist chaplain would inevitably open the door to a host of chaplains representing many other philosophical worldviews, thus eroding the distinct religious function of the chaplain corps to the detriment of service members,” Lamborn said. 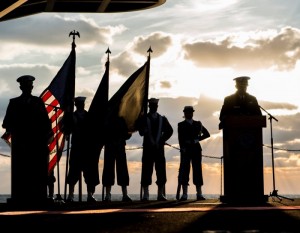 Lamborn praised the Navy’s decision. “I applaud the Navy for upholding a traditional definition of the chaplaincy, which has been repeatedly confirmed by Congress and the DOD,” he wrote.

Hemant Mehta, known as the Friendly Atheist, pointed out that humanism is listed on the Department of Defense’s list of faith and belief groups.

“As far as the military is concerned, Humanism is a religion,” he wrote on his Patheos blog. “The Navy screwed up. Hell, the entire U.S. military has screwed up, refusing to appoint a single Humanist chaplain. It shouldn’t take this long to fix such a simple problem, but that’s what happens when you take advice from Republicans with a Christian agenda.”

Rep. Vicky Hartzler (R-MO) pointed out the chaplain corps is a religious institution that should ascribe to the religious needs of men and women in uniform.

“The chaplaincy is older than our country and was instituted by General Washington to meet the religious needs of his troops,” she said. “This historic institution serves a vital purpose for today’s service members, ensuring the free exercise of religion for our soldiers, sailors, airmen, and Marines. I am pleased to hear that Navy has upheld the integrity of the chaplaincy.”