New Documentary Will Offer Medical Evidence That Miracles Are Real

(ChristianPost) – A millennial filmmaker is planning to release within the next year a documentary that directly challenges skeptics who don’t believe miracles are real with medical evidence.

Filmmaker Elijah Stephens plans “to thoughtfully engage intellectuals and medical professionals because these are individuals who deserve our respect.” 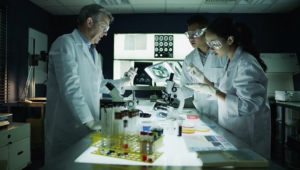 In a teaser documentary (see below) designed to raise funds on Kickstarter, he interviews several people claiming to have been healed and follows up their claims with an investigation of their medical records by a team of doctors and researchers. He has successfully funded the film, raising over $130,000, and was interviewed over Easter weekend on Fox News.

In the teaser film, Stephens talks to missionaries, healing ministers, and medical professionals who claim to have seen this phenomena firsthand, but what sets his project apart is his engagement of scientists and atheist thinkers who reject the supernatural.

He adds that too often Christians steer clear of secular academics to support miracles, and laments in an interview with The Christian Post that the “language of scientists and philosophers has not been used to show that God’s miraculous power to heal is indeed real. We need to take a page from the Apostle Paul who changed the way he spoke when he addressed the men of Athens in Act 17.”

In addition to the people who have been healed miraculously and the skeptics, Stephens also probes some of the best scholars and miracle apologists alive today. 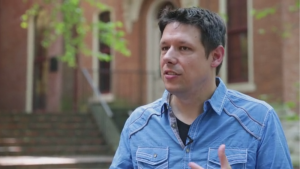 Featured prominently in the trailer of this film is Indiana University’s Dr. Candy Gunther Brown, who in 2010 traveled to Mozambique in pursuit of such evidence for miraculous healing.

As was reported by Christianity Today in May of 2012, Brown traveled with a team of researchers to Pemba, Mozambique to visit the Iris Global Missions Base (the ministry of Roland and Heidi Baker, both of whom also appear in the trailer) in order to test the effects of prayer on the deaf and blind. After testing 24 Mozambicans “before and after healing prayer — half performed by Baker — her team detected statistically significant improvements in hearing and vision.”

Her results were published in the September 2010 edition of the Southern Medical Journal and are available online.

Stephens notes that an additional challenge he sees, particularly in the West, is the prevailing anti-supernatural mindset. Whether Western Christians know it or not, they are under the influence of Enlightenment philosophers like David Hume who contended that human experience is uniform and precludes the miraculous.

In the teaser film, Stephens interviews New Testament scholar Dr. Craig Keener of Asbury Seminary, author of Miracles: The Credibility of the New Testament Accounts, who challenges the assertions from Hume and others. He argues that human experience is not solely the product of natural law and that the best explanation for some miracle claims is that they are indeed divine acts.

The most challenging part of the process involves verifying the actual miracle claim. In cooperation with a medical research organization, the record gathering takes a lot of time. Stephens asserts it is one thing to claim that God has healed you but quite another to do the laborious, painstaking work to make sure that the testimony is corroborated by the medical evidence.

According to a 2006 Pew Survey, Christians in ten countries reported witnessing a miraculous healing from prayer in Jesus name. To the perennial frustration of scientists and philosophers, most of these claims were never corroborated in a systematic and scientifically defensible way.

“Christians ought to care deeply about the integrity of sharing testimonies. Jesus said the truth will set you free. If a testimony is true, I want to know. If it is not, I want to know,” he argues.