(WND) – A new state law in Indiana gives parents the right to veto an offensive sex education agenda adopted by their local school district, and the legal team at Liberty Counsel has prepared a sample letter for parents to take control of that facet of their childrens’ educations.

It’s bad news for supporters of the sexually permissive curriculum of the Kinsey Institute, Planned Parenthood, GLSEN, Gay Straight Alliance, SIECUS and many others.

Liberty Counsel said Tuesday it is notifying all Indiana public schools about Public Law 154, “which mandates at least two written requests for parental consent or nonconsent before any instruction in human sexuality may be given to children.”

In a letter to Jennifer McCormick, the state’s superintendent of public instruction, the legal team explained the new law became necessary because of the number of schools “seeking to skirt legislative intent regarding human sexuality instruction.” 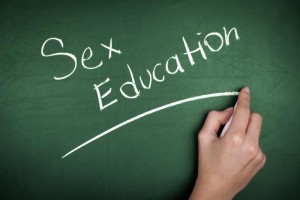 But they weren’t comprehensive, prompting the new requirement that gives parents the right to have “full, accurate descriptions of instructional materials, and effective notice, so that they may exercise their right to nonconsent if they find the material objectionable.”

Its letter to the state department puts schools on notice, but Liberty Counsel also said it is urging “constituent parents” to give the information to their local districts. The prepared letter allows parents to give specific notice to their schools that nothing from a long list of sources is acceptable.

Schools are not even allowed to reference those groups when parents notify them of their objections.

Also, the letter states: “I DO NOT CONSENT to my child being given instruction or information on, or being subjected to discussion of any aspect of human sexuality, including the following: abortion, birth control/contraceptives, sexual activity of any kind whatsoever … sexual orientation … transgenderism, any referral of my child to a counselor, medical professional, social worker, within or outside the school for purposes of discussing sexuality… [or] any written material of; reference to; or referral to an outside agency.”

The law allows parents to request alternative academic instruction for that time period, and the form allows a signature line.

The Liberty Counsel letter to the state, which was copied to superintendents and principals, notes that if any of the material contains obscene matter and appears to involve a person under 18, it is a Level 6 felony.

“There can be no scientific value in a curriculum containing false or misleading information, or in curriculum derived from objectively false information,” the letter states, warning that schools should want to avoid the complications schools in Virginia and Arizona experienced.

In one case, Liberty Counsel pointed out, schools were using material that was based on the child “sex data” compiled by Alfred Kinsey, who recorded “child rape” in the infamous “Table 34” of Kinsey’s “Sexuality in the Human Male.”

“The law is clear that parents, not agents of the state like teachers, or outside radical groups, have the right to direct the upbringing and associations of the parents’ own children. The law presumes that parents possess what a child lacks in maturity, experience, and capacity for judgment required for making life’s difficult decisions, not school employees or activist agencies,” Liberty Counsel said.