New Planned Parenthood CEO: “I Plan to Expand” Abortions. We Have a “Moral Imperative” to Kill Babies 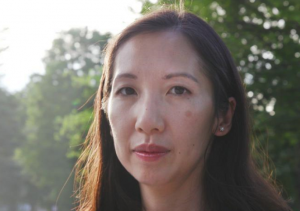 Washington, DC – Leana Wen takes over as the CEO of the largest abortion chain in America this week.

A Chinese immigrant and former Baltimore city health commissioner, Wen will lead the billion-dollar abortion chain as lawmakers battle over its taxpayer funding and the U.S. Department of Justice investigates whether it illegally sold aborted baby body parts.

Planned Parenthood is the largest abortion business in America, aborting approximately 320,000 unborn babies every year. Its most recent annual report showed a record income of $1.46 billion, with about half a billion dollars coming from taxpayers. The abortion chain says it sees about 2.4 million patients a year.

Wen told The Guardian this week that she wants to see the Planned Parenthood abortion business grow. “There is huge unmet need across our country, and it is our moral imperative to provide care for all those who need us,” Wen said. “I plan to expand our services, and expand our reach.”

Later, she added: “We are probably the only healthcare organization that has a presence in all 50 states. [This, she said, is why she wants to expand.]”

In case anyone had any doubt about what specifically she wants to expand, Wen cleared it up in a comment about how Americans treat abortion differently than other health care.

“There is no question we are in a state of emergency for women’s health,” she said. “[When a society] treats one type of healthcare differently than everyone else, that’s when we get to where we are, which is the biggest healthcare crisis of our time.”

Abortion is what Americans treat differently, but abortion is not health care. It is the intentional killing of unborn babies, and Planned Parenthood aborts more unborn babies than any other group in America. Its work makes up about one third of the abortion industry.

Wen did not mention abortion specifically, a strategy abortion activists have been using lately because they realize it’s a losing issue. Instead, they lump the killing of unborn babies in with the broader term “health care.”

She said she believes health care is a human right, and everyone should be guaranteed access to it. In a Planned Parenthood-controlled world, that could mean doctors, nurses and other medical professionals would be forced to abort unborn babies against their will.

“I strongly believe that healthcare must be guaranteed to all regardless of our ability to pay,” Wen told The Guardian. “… all people should be treated with compassion and high quality care – that’s what a society should guarantee.”

Those are meaningful words, but Wen and the group that she now is leading do not live by them. Planned Parenthood does not offer compassion or high quality care to the most vulnerable, helpless people in our society today: the unborn. Quite the opposite, it destroys unborn babies’ lives and often abandons mothers and fathers to deal with decades of regret afterward.