This study is the first of its kind, delving into the quickly growing world of Black families engaging in parent-led home-based education.

“The Black homeschool children’s high achievement test scores were remarkable. Parents without teaching certificates helping their children from a traditionally low-achieving minority group excel this way should cause all educators and social advocacy groups to take special note,” said Dr. Brian Ray, the researcher and president of NHERI.

He studied Black families and children in them, nationwide, who had been homeschooled more than half their school-age lives. Parents completed surveys about their motivations for homeschooling and the students took standardized academic achievement tests. 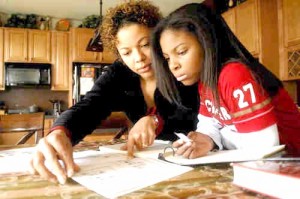 These Black homeschool students’ achievement test scores were quite high, all things considered. They scored at or above the 50th percentile in reading (68th), language (56th), math (50th), and core (i.e., a combination of reading, language, and math; 58th) subtests. By definition, the 50th percentile is the mean for all students (of all ethnicities/races) nationwide in institutional public schools.

The study was recently published in the peer-reviewed Journal of School Choice.