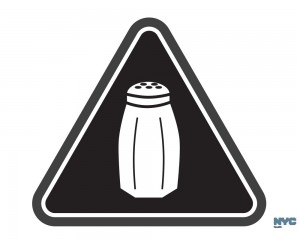 (WNS)–New York City enters a new era in nutritional warnings, as restaurants begin marking exceptionally salty menu items with an advisory symbol. On Dec. 1, chain eateries in the city began showcasing a miniature salt shaker inside a black hazard triangle next to menu items containing more than the nutritionist-recommended daily sodium limit of 2,300 milligrams, about one teaspoon. The average American consumes about 3,400 mg of salt per day, and public health advocates are cheering the measures as a smart step to make diners aware of the sodium content on their plates. The warning affects multiple-outlet venues like Applebee’s, Chipotle, and Panera Bread, which account for about one-third of the city’s restaurant traffic. According to the New York City Health Department, the sodium advisory symbol will appear on about 1 in 10 menu choices.