Next Up for the Guillotine, after Opioids, are Psychotropic Pharmaceuticals and the Doctors that Prescribe Them 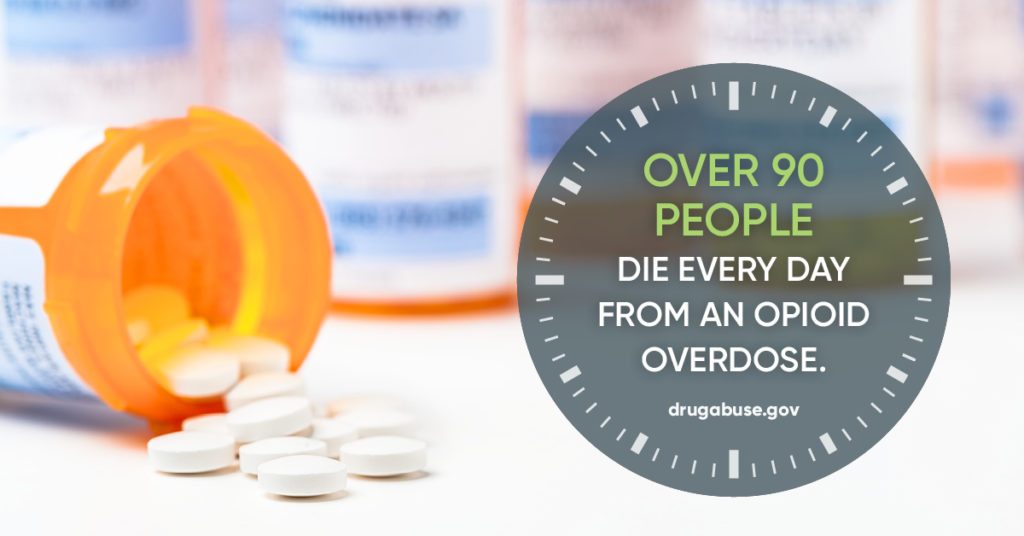 A U.S. judge on Tuesday rejected efforts by major drug makers, pharmacies and distributors to dismiss claims that they caused the nation’s opioid crisis, clearing the way for a scheduled landmark trial even as he pushes for a nationwide settlement. U.S. District Judge Dan Polster, who oversees roughly 2,000 opioid lawsuits by states, counties and cities, said the plaintiffs can try to prove that drug makers’ deceptive marketing of the painkillers caused a harmful, massive increase in supply that pharmacies and distributors did not do enough to stop.

When is someone going to realize that an equally sickening tragedy is happening with the same people who destroyed the lives of hundreds of thousands of Americans with opioids are doing even worse with psychotropic drugs that are probably more responsible than anything else for the weekly mass shootings that are shaking the fabric of society and everyone in it. There is an army of psychiatrists who are dishing out drugs more dangerous that opioids and are getting away with it.

A 14-year-old American boy shot and killed five family members at their home in Alabama, before throwing away the pistol and calling police, officials said in the latest high-profile gun crime. (Or was it a drug crime?)

The field of psychiatry needs to be eliminated for these doctors need to be put in mental hospitals for they are doing the exact opposite of the work they are supposed to be doing. Instead of helping they are hurting their patients in a worse way than any drug pushers have ever done. Heroin and cocaine never created an army of mass killers but psychiatrists are; as well as the drug companies, pharmacies, newspapers and politicians who don’t have the stomach to open their eyes to what is going on.

The killings follow a rash of mass shootings in the United States, including a weekend one in Texas that left seven people dead and 22 wounded, including a toddler. Last month, a gunman killed 22 people and wounded another 24 in El Paso, Texas, while another assailant killed nine and injured 27 in Dayton, Ohio.

Are the responsible one’s the shooters themselves? Without doubt they are unhappy individuals, severely mentally disturbed. Clinically insane, but is their insanity being amplified by the drugs they are taking?

Amid renewed national debate, President Donald Trump said that background checks on gun purchasers would not have prevented recent violence. The president is right and no mention of the drugs the shooters were taking were mentioned. Its always the guns fault, not the drugs, not the psychiatrists, not the politicians and newspapers who are hiding how much they depend on pharmaceutical money.

Twenty-seven drug regulatory agency warnings cite psychiatric drug side effects of mania, psychosis, violence and homicidal ideation; 1,531 cases of psychiatric drug induced homicide/homicidal ideation have been reported to the US FDA; 65 high profile cases of mass shootings/murder have been committed by individuals under the influence of these drugs, (and the numbers have been increasing dramatically) yet there has never been a federal investigation into the link between seemingly senseless acts of violence and the use of mind-altering psychotropic drugs.

Dr. Leonard Sax, who is both a physician and a psychologist, says in the New York Times, “The next time you hear a doctor say, with regard to prescribing stimulant medications, “let’s try it and see whether it helps,” I suggest that you run – do not walk – to the nearest exit.”

Chemically similar to cocaine, the short-term side effects of Ritalin include “nervousness, agitation, anxiety, insomnia, loss of appetite, nausea, vomiting, dizziness, palpitations, headache, increased heart rate, increased blood pressure, and psychosis.” Criminal Justice Research states plainly, “Several infamous school shooters had been taking prescription drugs at the time of their attacks. T. J. Solomon was taking Ritalin when he went on a shooting spree at his Georgia high school, and some evidence suggests Kip Kinkel had taken Ritalin as well.”

Dr. Kelly Brogan writes, “We know that all drugs have side effects. That’s just part of the deal, right? But is it really possible that an antidepressant can cause a sane person to act like a cold-blooded criminal?”

The result of the damage done by Ritalin in the brain is similar to frontal lobe syndrome. Over time, frontal lobe syndrome can render a person increasingly incapable of inhibiting impulsive behaviors. In addition, such damage contributes to the onset of clinical depression.

Dr. Hyla Cass writes, “Why a shooter killed twenty children and six adults in a Newtown elementary school. 60 Minutes reported that Adam Lanza was taking prescribed medication, but the mainstream media failed to follow up on this. The Virginia Tech shooter murdered thirty-two. Cho was prescribed the antidepressant drug Prozac prior to his rampage. Jeffrey Weiss went on a shooting rampage on March 21, 2005, at Red Lake High School that left ten dead, including him. Earlier that day, Weiss had killed his grandfather and his grandfather’s girlfriend. He was on Prozac and the dosage had recently been increased.”

Dan Roberts wrote back in 2013, “Nearly every mass shooting incident in the last twenty years, and multiple other instances of suicide and isolated shootings all share one thing in common, and its not the weapons used. The overwhelming evidence points to the signal largest common factor in all of these incidents is the fact that all of the perpetrators were either actively taking powerful psychotropic drugs or had been at some point in the immediate past before they committed their crimes.”

We must ask in each case who was the killers doctor and what drugs was he taking so we can bring them to court and make an example of them. Dr. Kelly Brogan wrote, “What about serious risks – including impulsive suicide and homicide – surely we are informing patients of that possibility, right? Wrong. In fact, the FDA and the pharmaceutical industry have gone to great lengths to conceal multiple signals of harm, so we certainly can’t expect your average prescriber to have done the investigative work required to get at the truth. In fact, from 1999-2013, psychiatric medication prescriptions have increased by a whopping 117% concurrent with a 240% increase in death rates from these medications.”

Despite international drug regulators warning that these drugs can cause mania, psychosis, hallucinations, suicide and homicidal ideation, Congress has yet to investigate the role of psychiatric drugs in most school shootings. This is because politicians have sold their souls to the enormous influence of the pharmaceutical industry.

According to Medco Health, 1 in 5 American adults are currently taking mind-altering psychiatric drugs such as antidepressants.

Research shows long-term exposure to psychiatric drugs has proven to be far more dangerous than originally anticipated, and includes the threat of medication-induced obesity, diabetes, heart disease, irreversible abnormal movements, emotional and cognitive disability, and an overall deterioration in the patient’s clinical condition and quality of life.

Johnson & Johnson, the company that makes the antipsychotic drug Risperdal, tentatively agreed to a settlement of $2.2 billion to resolve a federal investigation into the company’s marketing practices.

Health Canada approved a new warning label for Paxil that read, in part: “A small number of patients taking drugs of this type may feel worse instead of better. For example, they may experience unusual feelings of agitation, hostility or anxiety, or have impulsive or disturbing thoughts, such as thoughts of self-harm or harm to others.

There were 39,000 adverse event reports submitted to the FDA’s Medwatch, according to award-winning investigative reporter, Robert Whitaker. And that number is said to represent only about 1% of the actual number of adverse events. “So, if we get 39,000 adverse event reports about Prozac,” Mr. Whitaker said in an interview for Street Spirit in August 2005, “the number of people who have actually suffered such problems is estimated to be 100 times as many, or roughly four million people.”

Investigative reporters and regular newspaper personnel have been turned into informational prostitutes and we get proof of that with almost every mass shooting. It is just too much for the mass media, that is largely funded by pharmaceutical companies, to investigate the health and medical history of mass shooters.

So the shootings go on and on with people from all walks of life having the life snuffed out of them. Jon Rappoport said, “From this point on, the rest of the events in Newtown, Connecticut will be brought to you by Merck, Glaxo, and Pfizer. It always happens at these mass murder events. The grief counselors. The social service workers. The psychologists. They pour in. And they end up referring people to psychiatrists, who will in turn prescribe some of the very drugs that trigger murder and suicide. The drugs that cause people to kill. The sequence is always the same, because it’s set up that way. After the mass murders and the shock and the horror, the grief industry arrives, and then come the referrals to psychiatric drug pushers, along with the memorials and the “healing.”

Rappoport concluded, “Killing your own mother, and then breaking into a school and killing 26 people, most of whom are very young children, doesn’t, by any stretch of the imagination, resolve by assigning a motive. There is no motive that can explain such a crime.” But the drugs doctors are dishing out like candy can. What should be the punishment for such a crime?

Special Note: The most recent research shows that children with vitamin D deficiency between the ages of 5 and 12 years were 1.8 times as likely to display behavior problems in later childhood, when they were 11 to 18 years old. “Externalizing” problems, such as aggressive and rule-breaking behaviors, were more common in adolescents who were vitamin D deficient as children.

Again we can lay this problem at the feet of doctors and the government, which all warn against sun exposure. Not only does Light Deficiency Cause Cancer it causes mental and emotional problems that leads doctors to prescribe psychotropic medicines that make their situation a whole lot worse.

Second Special Note: The San Francisco Board of Supervisors passed a resolution on Tuesday declaring the National Rifle Association a “domestic terrorism organization” due to its opposition to more stringent gun-control legislation. The resolution accuses the NRA of not only resisting legislative reforms that its drafters believe would help curtail the country’s “epidemic of gun violence,” but also of “inciting gun owners to acts of violence.”

This would be perfect if they substituted pharmaceutical companies and psychiatrists for the NRA. Doctors and these companies are “inciting gun owners to acts of violence,” by putting them on drugs that drive them over the edge with their well known side-effects. The difference between the violence of old and the violence we are seeing constantly in America are these mass shootings that are totally senseless. What else explains them but drugs? We have always had guns, and in many other countries there are plenty of guns but they are not used the way they are being used in America.