(WNS)–North Carolina legislators held an emergency session on March 23 to overturn a Charlotte ordinance forcing businesses to allow transgender customers to use the restrooms and locker rooms of their choice.

“This new government regulation defies common sense and basic community norms,” Gov. Pat McCrory, a Republican, said in a statement after signing the bill overturning the local law. “The basic expectation of privacy in the most personal of settings, a restroom or locker room, for each gender was violated.” 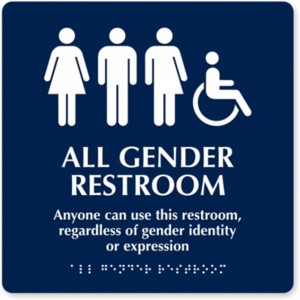 Charlotte’s city council passed the divisive ordinance in February to update rules for local businesses. The update, which would have taken effect on April 1, added gay, lesbian, and transgender classifications to existing non-discrimination provisions for race, age, religion, and gender. McCrory quickly vowed to intervene.

The push from North Carolina’s Republican leadership highlights old tension between liberal cities in more conservative areas and the power of state government over local officials.

North Carolina’s Republican-controlled General Assembly passed the Public Facilities and Security Act with an 82-26 vote in the house and unanimously in the state Senate. But Democrats refused to participate, walking out of both chambers ahead of the vote.  “We choose not to participate in this farce,” Senate Minority Leader Dan Blue said before exiting.

Since the U.S. Supreme Court legalized same-sex marriage nationwide last summer, “anti-bias” laws have become the new battleground for LGBT activists, who want people identified by their gender of choice, not birth.

Many cities and counties already have gender identity provisions, even within deeply conservative states such as Utah, Kentucky, and Texas, according to the pro-LGBT Human Rights Campaign. But those efforts have not always gone over well.

The city council in Houston, the nation’s fourth-largest city, passed a similar ordinance in 2014 to allow people to use restrooms coinciding with their gender identity. Voters later killed the measure after a long legal fight over a city-wide referendum.

But Charlotte voters didn’t have the option of a repeal referendum, making the state legislature their only recourse. City officials decried what they view as interference. “I am appalled with the General Assembly’s actions,” Charlotte Mayor Jennifer Roberts, a Democrat, said in a statement after McCrory signed the law. “This legislation is literally the most anti-LGBT legislation in the country.”

But others praised McCrory and state Republicans for taking swift action against the LGBT agenda.

Alliance Defending Freedom (ADF) worked closely with the state during the process and claims McCrory’s decision protects citizens. If the Charlotte ordinance had gone into effect, business owners could have faced fines and potential jail time from not accommodating transgender patrons.

“The ordinance was unreasonable and unsafe in forcing women and young girls to undress, shower, or engage in other private activities in the presence of men,” said Kellie Fiedorek, a member of ADF’s legal counsel. “The privacy rights and safety of North Carolina citizens shouldn’t be cast aside or used as a political pawn for special interest groups that desire to impose their agenda to create a genderless society.”