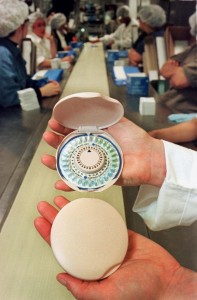 (The Washington Times) – The Obama administration proposed new workarounds Friday for religious nonprofits and closely held corporations that had objected to insuring certain types of birth control in their company health plans under a government mandate.

Responding to lingering court challenges from faith-based hospitals, charities and universities, the administration will allow nonprofits to duck Obamacare’s “contraception mandate” by outlining their objections in writing to the Department of Health and Human Services.

Previously, nonprofits had to sign a waiver that cleared the way for insurers or third-party administrators to provide contraceptives at no charge to the faith-based employer. Nonprofit employers may still do this, but many said that accommodation made them complicit in granting the permission to provide services they object to on moral grounds.

Under the new option, HHS and the Labor Department would act as the permission-granters by contacting insurers and administrators to make sure affected employees get covered without involving the nonprofits.

Groups that led the charge against the contraception mandate were not impressed by the change, signaling that legal challenges from nonprofits will persist and could reach the Supreme Court. In June, the justice said closely held for-profit companies did not have to comply with the mandate if it violated owners’ religious beliefs.

“This new proposed rule maintains the threat of crippling fines on nonprofits who stand up for their freedom of conscience,” said Arina Grossu, a director at the conservative Family Research Council. “What remains an insulting accounting gimmick does not protect the rights of Americans with sincere conscientious objections.”

The administration also said for-profit companies can take advantage of the accommodation extended to nonprofits last year, although it requested feedback on how to define a “closely held” corporation.

The move is an attempt to keep female employees covered in the wake of the Hobby Lobby ruling.